Krsnaa Diagnostics: IPO analysis | Value Research https://www.valueresearchonline.com/stories/49593/krsnaa-diagnostics-ipo-analysis/ This diagnostic chain aims to raise Rs 1,213 crore through an initial public offering. Find out if you should invest in its shares.

This diagnostic chain aims to raise Rs 1,213 crore through an initial public offering. Find out if you should invest in its shares. 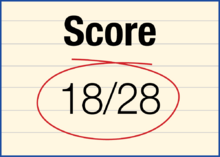 Established in 2010, Krsnaa Diagnostics is a chain of diagnostic centres. It provides imaging (radiology), pathology/clinical laboratory and tele-radiology services in hospitals, medical colleges and community health centres across India.

The Indian diagnostic industry, which is estimated to be Rs 72,000 crore, has grown at a CAGR of 14 per cent since 2017. Buoyed by several factors such as the rising prevalence of chronic health conditions, higher income levels, growing government spending, increasing health awareness and higher penetration in Tier-II and Tier-III locations, the sector is expected to continue to grow by 15 per cent over the next three years.

The IPO of Krsnaa Diagnostics is set to raise Rs 1,213 crore. Out of the amount, a large portion (67 per cent, i.e., Rs 813 crore) is an offer for sale (OFS), which will be used to give an exit route to existing investors (Phi Capital, Kitara Capital, Somerset Indus, etc.). The promoters are not selling any of their shares. The remaining Rs 400 crore of the primary issue will predominantly be used to expand the company's operations in Punjab, Karnataka, Himachal Pradesh and Maharashtra, as it won PPP contracts from respective state authorities. Besides, the company plans to use Rs 146 crore to repay its existing borrowing, which stood at Rs 232 crore as on March 31, 2021. This should make the balance sheet more robust, thereby paving the way for the company to expand its operations in the future.

Revenue visibility: Due to the long-term contractual nature of the company's PPP business model, the company has a higher amount of revenue visibility. It could also benefit from in-built extension clauses in the contract.
Expansion plan: The company is planning to expand its business operations and this could be beneficial in the long run because of the high amount of operating leverage.
Large operating footprint: Starting its operations with just two radiology diagnostics centres, the company's operations now span across 1,800 locations in 13 states.

Low profits: The company made losses in FY19 and FY20. It has managed to make profits in FY21 only because of an accounting gain on the fair value of compulsorily convertible preference shares. Its average ROCE for the period FY18-FY20 was only 10.2 per cent. If we remove the effect of the notional gain on its profit before tax (PBT), it would result in PBT declining by nearly 86 per cent. Adjusted EBITDA margin has fallen from 29.4 per cent in 2019 to 25.9 per cent in 2021.
High dependence on public health contracts: Nearly 68 per cent of the company's revenues come from government contracts. Even though these contracts come from different governments (various state governments and municipal governments), the company needs to maintain a good relationship with all the governments and it exposes Krsnaa to the risk of delayed payments.
Unsustainable growth: The pandemic was a huge tailwind for the company, with the company's revenue from operations witnessing a 53 per cent increase on the back of an increase in testing requirements. However, this growth momentum may not sustain, as the country is moving towards achieving herd immunity and higher vaccination rates.
High valuation: The company launched a rights issue in March 2021 wherein it allotted 730,904 shares at Rs 10 per share. Besides, on July 23, 2021, the company's preferred shares were converted into regular shares at an average price of Rs 89 per share. This makes the IPO price band, which has been set at Rs 933-Rs 954 per share, look expensive. 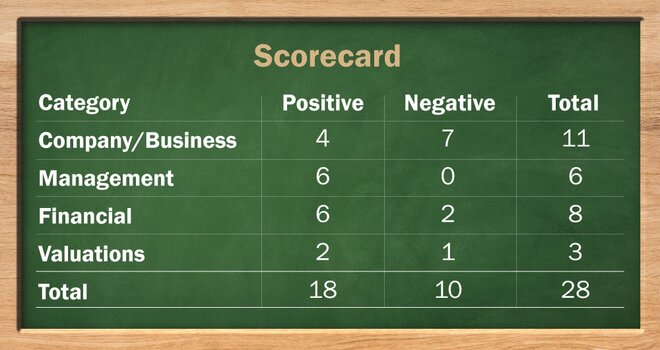 1. Are the company's earnings before tax more than Rs 50 crore in the last twelve months?
Yes. The company's profit before tax in FY21 stood at Rs 295.5 crore.

2. Will the company be able to scale up its business?
Yes. The objective of the IPO is to raise funds for scaling up the company's operations in new geographical areas. The company benefits from an increase in healthcare spending and is likely to benefit from the expected growth in the industry.

3. Does the company have recognisable brand/s, truly valued by its customers?
No. There are no specific factors that differentiate the company's services from other competitors. The company operates in a very competitive space.

5. Does the company have a credible moat?
No. The diagnostic business relies on equipment made by other OEMs and these purchases are not on an exclusive basis. While its experience in working with the government may give it an upper hand for future PPP partnerships, it is by no means an economic moat.

6. Is the company sufficiently robust to major regulatory or geopolitical risks?
Yes. The company was able to successfully navigate these risks in the past and we have no reason to believe that it can't continue to do so in the future.

8. Is the company's product able to withstand being easily substituted or outdated?
Yes. While there can be no substitute for diagnostic services, there is a risk of getting outdated with the emergence of newer technologies. But the company mitigates this risk by constantly upgrading its equipment.

9. Are the customers of the company devoid of significant bargaining power?
No. Customers are under no obligation to use the lab's service and can choose a competitor offering services at a lower price.

10. Are the suppliers of the company devoid of significant bargaining power?
No. Suppliers are generally international players who supply to many entities across the country. The company does not possess any special bargaining power.

23. Can the company run its business without relying on external funding in the next three years?
Yes. While the funds to be raised in the IPO should result in a reduction in interest expenses going forward, the company could still need funds if it decides to carry out expansion plans in the future.