Why is Venus Pipes' stock skyrocketing? 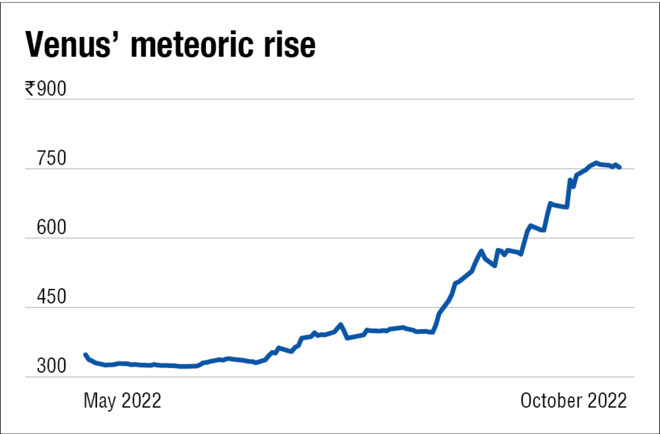 In this story, we take a look at the factors fueling this pipe manufacturer's astronomical rise.

Bureau of Indian Standard (BIS) certification
Following the new regulations issued by the Bureau of Indian Standards (BIS), only BIS-certified products can now be used for all projects in the country. Venus has become the first Indian company to receive BIS certification for stainless steel seamless and welded pipes. Unsurprisingly, the stock witnessed a rally after this information was made public.

Chinese government cancelled export rebates
China is the largest exporter of stainless steel tubes and pipes to India, accounting for nearly half of India's total imports. From May 2021, the Chinese government cancelled export rebates on pipes and tubes to shift the focus of Chinese steel manufacturers to the domestic market. This has provided a major boost to domestic manufacturers like Venus, as importing Chinese steel has become costlier.

Stable financials
Despite the market being mired in COVID woes, the company has managed to grow its topline and bottomline at a steady pace since 2019. During the first quarter of this financial year, its revenue and profit grew 40 per cent and 34 per cent, respectively, year-on-year.