Paradeep Phosphates IPO: IPO Date, Price Band, Subscription Price | Value Research https://www.valueresearchonline.com/stories/50833/paradeep-phospates-ipo-information-analysis/ Paradeep Phosphates, a complex fertilisers manufacturer, has come out with an IPO. Should you bid for its shares? Read to know key details about the IPO, the strengths of Paradeep Phosphates and more.

The company was initially owned completely by the government of India until it diluted 74 per cent of its stake to Zuari Maroc Phosphates Private Limited (ZMMPL). Later in 2003, through a rights issue, ZMMPL increased its stake to 80.45 per cent which is maintained till date and the rest 19.55 per cent is owned government owned. Through this issue, the government of India will completely dilute its stake and cease to be a promoter. ZMMPL is a joint venture where Zuari Agro Chemicals Ltd (ZACL) and OCP group S.A have an equal stake.

India's fertiliser requirements is expected to reach 66 million tonnes by 2026 growing at 3.1 per cent CAGR, as per CRISIL report. For FY23, the government has increased the nutrient based subsidy to Rs 30,939 crore. Combining this with decontrolling of retail prices for phosphatic fertilisers and a growing market, Paradeep Phosphates is expected to benefit from it. 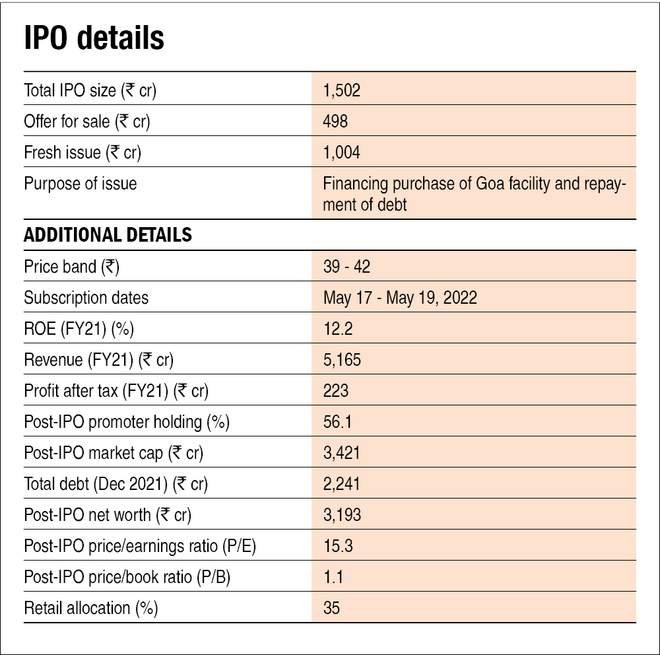 Also read about Paradeep Phosphates IPO: How good is it? to learn how we evaluate the company on various metrics.