To Sell or Not To Sell | Value Research https://www.valueresearchonline.com/stories/34308/to-sell-or-not-to-sell/ In many ways, the decision to sell off a fund investment is more difficult than that of buying it. It needn't be

To Sell or Not To Sell In many ways, the decision to sell off a fund investment is more difficult than that of buying it. It needn't be 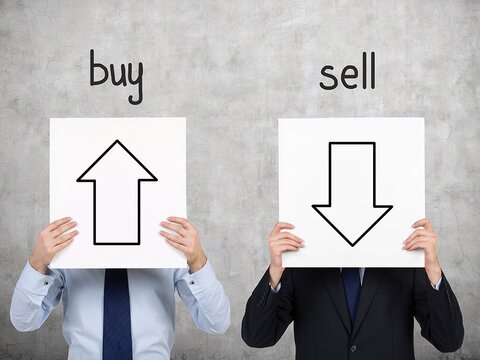 With thousands of plans from hundreds of mutual funds, it's difficult to decide which fund to invest in. However, there's an even more difficult choice that investors face--which funds to sell off and when. This is a problem that more knowledgeable and more involved mutual fund investors face disproportionately. The reason is those of us who are active and involved investors have a natural bias for action. Such investors do well because because they learn, analyse and act more than others. Naturally, they start equating being good investors with doing something, often anything. Unfortunately, along with everything else, in practice, this also translates into being all to ready too sell off their investments.

There are right reasons for selling a fund and there are wrong reasons. Generally speaking, the right reasons tend to be about the investor and the wrong reasons tend to be about the investment. That might sound confusing, so let me explain. As I've written earlier, overactive investors give three kind of reasons for wanting to sell off a fund investment. One, they've made profits; two, they've made losses and three, they've made neither profits nor losses. That sounds like a joke but isn't. Typical explanations are, "Now that my investments have gone up, shouldn't I book profits?" or "This fund has lost a bit of money recently, shouldn't I get out of it?" and "The fund is neither has neither gained nor lost, shouldn't I sell it." Basically, investors who have a bias for continuous action can create a logic for taking action out of any kind of situation.

None of these, by themselves, are legitimate reasons for selling off a fund. The first is the worst. This comes from the 'booking profits' idea that equity investment advisors have promoted. It doesn't make sense for stocks, and it makes even less sense for mutual funds. In both, this attitude makes investors sell their winners and hang on to their losers. In mutual funds, the whole point is that there is a fund manager who is deciding for you which stocks to sell and which to buy. If the fund manager is doing this job well, then the fund is making good returns. Therefore, selling a fund that has made good returns is the exact reverse of what investors should be doing.

As for selling funds that are not doing well, you need to evaluate the timeframe and the degree of underperformance. People try to sell funds that have excellent performance but may have underperformed other funds by small margins. Someone will say that over the last year, my fund has generated 25% but five other funds have generated 25-30% so I will switch to those. This switching based on short-term past performance is counterproductive and does nothing to improve your future returns. Only if a fund underperforms consistently for two or more years, and drops down two notches in its Value Research rating should you switch away from it.

So when should investors actually sell their funds? The correct answer is that they should be guided by their financial goals. You should sell a fund and get your money out when you need it. You invested for five or ten or fifteen years, continued your SIPs, and the money has grown to what you need. Now, you need to make a down payment for a house, or pay for your child's education, or whatever else you need. If you're getting close to that time, you should sell and redeem, irrespective of the state of the market. In fact, unless it's an expense that can be postponed if needed, you should start acting one or two years before time. Withdraw the money from the equity fund and start parking it in a liquid fund. You can use an automated STP (Systematic Transfer Plan) for this which will be convenient.