Doing cashless the right way | Value Research https://www.valueresearchonline.com/stories/32571/doing-cashless-the-right-way/ India is moving fast towards cashless. However, unless the government makes the right moves, it won't happen the right way

India is moving fast towards cashless. However, unless the government makes the right moves, it won't happen the right way 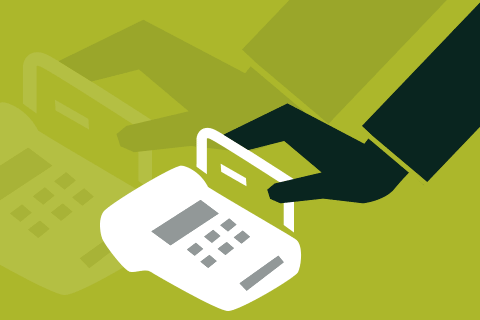 Over the last one month, the demonetisation story has also become the cashless story. This may be true only for urban India, but from the morning of November 9th onwards, customers started pestering shopkeepers to accept debit cards and Paytm, the latter having become synonymous with mobile wallets. Within days, a large number of shopkeepers started accepting mobile wallets and cards. Among neighbourhood markets that I know about in Delhi, close to 100 per cent of shops have a cashless option now. And it's not just an option, there are a lot of people who are shopping cashless.

The shift to cashless is happening, regardless of the presence or absence of the sloganeering. However, it's happening in a haphazard way, using closed networks whose future cost and viability are unknown. If one lists the desirable features of a cash-replacement payment system, then what is actually gaining popularity is unsuitable in almost every way. What is really unfortunate is that an almost ideal system actually exists.

To be a true cash replacement for all businesses down to the smallest ones carrying out the smallest transactions in the smallest volumes, a system ought to have no equipment requirement beyond a phone, zero transaction cost for small transactions, and a guarantee that things will stay that way. It must also be 100 per cent interoperable with any kind of authorised wallet or app that can be used for payments. This means that the payer or the recipient need not even ask each other which system they are using, there must only be one system. Most importantly, transaction costs for larger (say, greater than Rs 1000) amounts may not be zero, but should be an absolute amount in paise, and not a percentage of the transacted amount.

Clearly, the so-called cashless that is happening today fails on almost all these counts. It's based on either debit cards, or mobile wallets, with the default wallet being Paytm. Debit cards are utterly unsuitable for small businesses with small card volumes. The machines have a total ownership cost in the region of Rs 15-20,000 a year and the bank deducts up to 0.75%, despite there being no credit risk in debit cards. The very idea of a percentage of the amount being paid to an intermediary with fixed costs is scandalous and basically, loot. As far as wallets like Paytm go, they have no interoperability with anything. Worse, they are all dotcoms that are losing vast amounts of money, have no visible business model and could just disappear as the funding environment toughens.

The worse part of the story is that the UPI (Universal Payments Interface) system from the National Payments Corporation fits the bill in almost every way, is ready and running well in time for the demonetisation push, but has simply not seen the kind of traction after November 8 that it should have. The reason are not difficult to see--UPI is not good business for banks. Banks have paid lip service to UPI, gone through the motions of releasing UPI apps of varying quality but have done absolutely nothing to promote it. Banks have separate UPI apps instead of making UPI a prominent part of their normal multi-purpose apps. Customers have to learn about UPI and hunt out the apps themselves.

This is not going to change. Make no mistake--unless coerced into promoting it, banks are going to make all the right noises while doing their best to bury UPI. Which brings us to the inevitable conclusion--if the government wants to do cashless right, it has to ram UPI down banks' throats.

Here's what the government should do. One, make UPI transactions less than Rs 1,000 free forever. If these cannot be subsidised from larger transactions, then GoI simply must pay the cost as a public good, just as it pays for the production and handling of currency. It will actually save money because pushing bits across networks will be a lot cheaper than printing paper and moving it around the country.

Two, force all banks to make UPI the default (or even sole) payment system that their apps will handle. Have rigid user-interface standards for the apps so that UPI gets star billing. Ditto for standalone mobile wallets. This is the most important thing. Banks have shown time and again that if left to their own devices and good intentions, they will always lock and force customers to high cost options.

True, people-friendly cashless can happen, but not without actually working for it.