The real impact of demonetisation 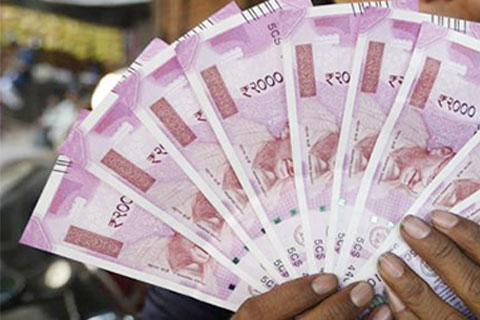 While demonetisation moves along, warts and all, the side game of guess-the-GDP has started in earnest. Normally a dull activity, with little to interest the ordinary saver and investor, the GDP game is sure to bring thrill to the life of economists in the coming months. As we all know, the economists' profession is a notoriously dull one, with very little excitement in their lives, apart from the tweets of Nassim Nicholas Taleb. Demonetisation is an unexpected bonanza for them. There will now be months of estimations and counter-estimations, there will be magical numbers that people will just pull out of somewhere, there will be accusations (or innuendo) of political bias, articles and papers and counter-papers will have to be written and so on and so forth.
Already, estimates of the GDP impact range from -0.25 per cent to -3.5 per cent. So the low, middle and high ground are all taken. Based on the results obtained by various players who have entered the game so far, the best way to get into the media in a big way is to try and be outlandish while still sounding sane. In my opinion, whoever did that -3.5 per cent nailed it in that respect. There's a lot of PR value in being the first with an extravagant claim. The winner of the next round will have to do the same at the other end, i.e., claim that GDP growth will immediately see a huge uptick.
But here's the thing. If you are a saver and an investor, or just someone who is worried about what the impact of demonetisation will be like, don't pay any attention to any of these predictions. At this point of time, there is literally no way to have more than a vague idea of what the impact of demonetisation on GDP will be. Those who have come out with precise numbers--some had done so within a day or so of the initial announcement--are doing so for many reasons, but actual discovery of truth is not one of them. People talking about investments often talk about GDP as if they are the cause of something. However, let's not forget that they are a measurement of economic activity.
In this case, not only is that economic activity that is yet to take place, but one that will comprise of crores of people responding in their own way to a fundamental economic event that is unique in their lifetime. For anyone to claim that can already distill all that into a number, and then (as many brokerages and analysts are doing) ask investors to act upon that number is not very honest. Of course, since we already have numbers across a large range, someone or the other will turn out have guessed right, but that's irrelevant for you.
Moreover, there will be many positives, even immediate ones. I have already seen, first-hand, a sharp shift in previously cash-based businesses to above-board, tax-paid transactions. The real success of demonetisation, and the majority of its economic impact, will come not from the 'unearthing' of stocked black money, but from a change in future behaviour. People work in cash, earn profits in cash and accumulate wealth in black because so far, this has been effectively a riskless option. This is no longer true--and that's the real change. For the first time, there is real danger and real unpredictability in continuing to do so.
Those whose black wealth comes from bribery and other crimes are a separate class but as far as real business-owners are concerned, their response is very different. Over the last fortnight, I've personally interacted with a large number who I know personally and they've all said that they are converting their businesses to all white. Not a single one has had any moral epiphany, they're not doing this because it's the right thing. Instead, they've all said that cash is just too risky now because you don't know what Modi could do next. If you are doing business in cash, you can feel the fear in your heart that here's a determined, dangerous and unpredictable opponent who has shown that there is no limit to how far he is willing to go. And that's the real determinant of what the economic impact of demonetisation will be.