PPF rates go lower, and will go even lower | Value Research https://www.valueresearchonline.com/stories/32219/ppf-rates-go-lower-and-will-go-even-lower/ Already at an all-time low, the interest rates on the PPF and other government deposits will keep dropping. Is it time to forget about these schemes?

PPF rates go lower, and will go even lower

Already at an all-time low, the interest rates on the PPF and other government deposits will keep dropping. Is it time to forget about these schemes? 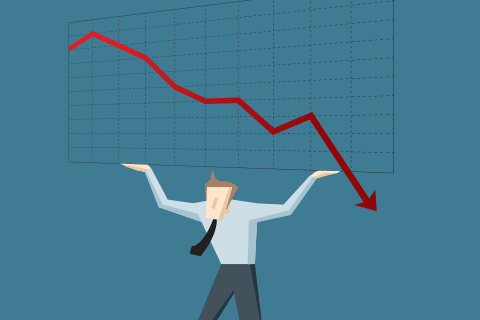 Last week, the interest rates on the Public Provident Fund (PPF), and a number of other deposit schemes run by the government (Kisan Vikas Patra, the girl child scheme, senior citizens deposit etc) were cut by 0.1 per cent per annum. The PPF rate went down from 8.1 to 8 per cent. There were some protesting noises on social media and from some of the usual suspects, but they were mostly just murmurs, probably on account of of the marginal quantum of the cuts.

In fact, a lot of people wondered what the point was of such a small cut. This shows that the idea that these rates are now market-linked is not widely known. They are reset every quarter, depending on the interest yield on government securities. Give how things are going, it won't be too surprising if these rates fall further. PPF rates are already at a historic low and if the go below 8 per cent then the psychological impact of hearing 7-point-something will be huge on savers. The KVP is already down to 7.7 per cent. It's also worth noting that there's a maths trick to this 0.1 per cent. Your income from PPF is actually down by 1.2 per cent.

The point that savers have to realise sooner rather than later is that PPF and these other schemes are now poor vehicles for long-term savings. PPF specially is widely used as a tax saving and retirement vehicle. However, it does not even maintain the value of your money after taking real inflation into account. While the official inflation rate may be less than the PPF rate, the inflation rate in your own life, especially that of the old and retired, tends to be higher. Expenses like medical services hardly stick to the orderly single-digit world of the Consumer Price Index.

This sounds like heresy to the conventional way of thinking about savings in our country, but abandoning PPF and using equity-based tax-saving and retirement solutions such as the ELSS and NPS is increasingly unavoidable.