Historical lessons on taxation | Value Research https://www.valueresearchonline.com/stories/29617/historical-lessons-on-taxation/ If there are taxes and tax exemptions that are intended to modify behaviour, then they might as well do the job properly If there are taxes and tax exemptions that are intended to modify behaviour, then they might as well do the job properly 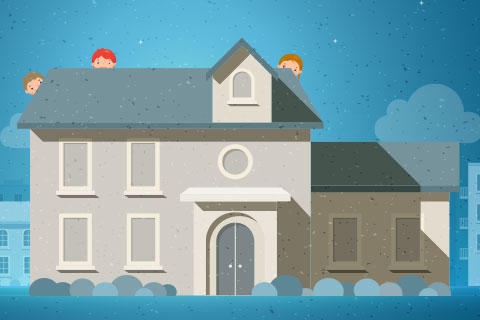 Have you ever heard of a 'window' tax? And no, it has nothing to do with the money you have to pay to Microsoft to use your computer. This was an actual tax on windows that was levied in Britain a long time ago. The other day, on the blog of the 'undercover economist' Tim Harford, I read about this weird (and one of the earliest) attempts at progressive taxation.

From 1650 to 1850, residents of England had to pay a tax on each window of the house that they lived in. The reasoning was that the richer a family, the more windows their house would have and the more tax they would have to pay. This was designed to be a tax proportional to prosperity, but without citizens having to disclose their income to the government. Amazingly, the government of the day accepted the idea that it had no right to know citizen's incomes!

The tax worked well for a while, but as such taxes often do, people reduced their taxation by modifying their behaviour. Or in this case, their architecture. All except the very rich started building houses with fewer and fewer windows, and the poorest bricked up most of the windows their houses had. Instead of being an income tax, it became a tax on fresh air and light, of which windows were pretty much the only source in those days.

There are taxes that are meant to collect revenue, and there are taxes (and tax exemptions) that are meant to influence and modify behaviour. The various carbon taxes that are in the news nowadays are an example of the latter. However, if a carbon tax were to fetch an increasing amount of revenue, then it would be a failure. The goal of a carbon tax is to reduce greenhouse emissions, so success would be indicated by lower revenues.

From the window tax 300 years ago to the carbon-related taxes and exemptions that surely lie thick in our future, the impact on behavior of the design of taxes is something which our revenue collectors could pay more attention to. In India, for a large swathe of salaried taxpayers, savings behaviour is often driven by the ₹1.5 lakh deduction that is allowed under section 80C of the Income Tax.

80C was intended to promote savings but is now a hodgepodge of unrelated exemptions, some of which are not on savings at all. For example, the tax break on school and college fees has been lumped into 80C. As has been the premia paid on term insurance. Surely, these are expenses that deserve a tax break but they are not savings. Rather than dilute the savings encouragement function of 80C, they should be separate provisions.

One of the worst thing that many savers do with their 80C exemption is to wake up to it at the end of March and then hurriedly invest in something suitable that is being pitched aggressively. To mitigate this, why not make the 80C exemption monthly, or at least quarterly? Let a quarter of the exemption expire every three months. This would drastically improve the quality of choices that people make. It would be complex, but if behaviour modification is the goal, then might as well do it in a way that it works.