IPOs are out, and Equity Funds are In | Value Research https://www.valueresearchonline.com/stories/29421/ipos-are-out-and-equity-funds-are-in/ The evidence is in. The Indian retail investor has moved on from IPOs to equity funds, and that's great news

IPOs are out, and Equity Funds are In

The evidence is in. The Indian retail investor has moved on from IPOs to equity funds, and that's great news 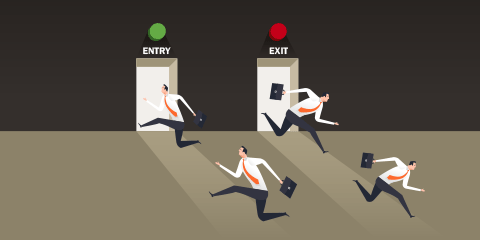 However, this lament about IPOs is irrelevant because as the numbers show, the Indian retail investor has already moved on to a much better way of investing in equities, which is mutual funds.

A few days after the IPOs, there were news items that the markets regulator SEBI was unhappy at the low retail participation and that it was planning to raise the issue of 'low retail interest with investment bankers'. In the news coverage, these views of SEBI were attributed anonymously, and of course there was no official statement so one can't be certain but there was enough detail in the statements for it be plausible. Apparently, the regulator is worried that IPOs are 'not being marketed properly.'

This business of getting the small investor to invest in IPO has long been a holy grail of Indian policymakers and regulators. We have long entertained this idea that IPOs are somehow specially suited for retail investors. In the pre-reform days of Controller of Capital Issues and government-dictated IPO pricing, that may well have been true, but that time is long gone. At that time, because the government would force all issues to be underpriced, applying for an IPO was a lottery where you typically didn't get an allotment, but if you did, you could make great gains quickly. It was all very typical of the shortage economy that we had for practically everything.

Unfortunately, we still maintain vestigial behaviour from that the long gone past. The market regulator SEBI, as well as other bodies, have frequently tried to encourage the small investors' interest in IPOs. Parts of the IPO process have also been tailored to suit this purpose. However, the reality is that retail investors should ignore all IPOs. Don't let the occasion IndiGo make you deviate from this principal. There is nothing about IPOs that makes them specially suited for the casual retail investor. In fact, compared to listed stocks, IPOs are actually less suitable for retail investors. The reason is simple. IPO companies are never as well understood as those in the secondary market. The balance of power (in the sense of information being power) lies with the seller. The companies have not been in public eye at all. Invariably, promoters and their merchant bankers have spent preceding months or even years carefully building up an image to ensure that the investing public has a positive image. Unlike listed stocks, the financials haven't been scrutinised closely for years and years. And of course, the price is the promoter's gambit, rather than one that has been found out by the price discovery mechanism of the markets.

Given these undeniable risks in IPOs, our longstanding official focus on exposing retail investors to these risks is puzzling. It has now been years that we have had an IPO environment that is suitable for the retail investor. Instead of fruitlessly trying to recreate the past, SEBI should move on and recognise that much better way of retail money flowing into equities are working well. We are in the midst of a revolution in equity fund investing.

According to a recent analysis that we did at Value Research, in the year up to September, there were more than ₹1 lakh crore of net inflows into equity funds. This is double that of the previous one year record, which was at the height of the 2007-08 frenzy. For such huge retail equity inflows to steadily happen when there's no great bull run is wonderful news for the Indian markets.

To put things in perspective, this amount is about twenty times the retail reservation in the IPOs during the same period. The Indian retail investor has moved on from the high-risk, low reward business of IPO investing to steady and sensible SIPs in equity funds. That's a trend SEBI should be pleased with.