Global Health IPO: Information analysis | Value Research https://www.valueresearchonline.com/stories/51676/global-health-ipo-information-analysis/ Running hospitals under the reputed name 'Medanta', this private health care provider has come out with an IPO. Find out if you should subscribe.

Running hospitals under the reputed name 'Medanta', this private health care provider has come out with an IPO. Find out if you should subscribe.

About the company
What does Global Health do: It is one of the largest private tertiary care providers in India in 30 specialities with a presence in northern and eastern regions. The company runs hospitals under the reputed brand name 'Medanta'. It currently has five hospitals in operation and one is under construction. Apart from this, the company also launched outpatient pharmacy and homecare services in FY20 which have scaled up well in the last two years. It was founded in 2004 by Dr Naresh Trehan, a distinguished cardiovascular surgeon.

Weaknesses:
1) Highly competitive space: Medanta directly competes with some big hospital chains such as Apollo Hospitals, Max Healthcare, Narayana Hrudayalaya, and various other unlisted ones. It might be difficult for the hospital to grow consistently amid this competition.
2) High nurses attrition rate: The attrition rate for nurses has been above 50 per cent for the company in FY20, FY21, and FY22. Since the hospital heavily relies on nurses, this can be harmful to its future growth. Risk Score (The lower the score, the riskier the stock) 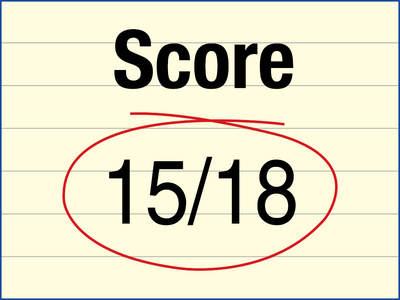 Disclaimer: This is not a stock recommendation. Do your due diligence before investing.