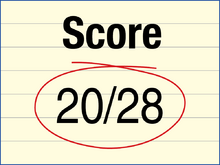 In our previous part of Electronics Mart IPO story, we read about the key details of the IPO. Here we will answer some questions about Electronics Mart and evaluate it on parameters like management, financials, valuations, etc.

2) Will Emart be able to scale up its business?
Yes. The company has been expanding aggressively, and the IPO proceeds will go towards opening new stores.

3) Does Emart have recognisable brands truly valued by its customers?
Yes. The name under which it opens its stores, 'Bajaj Electronics', is a recognisable brand for the locals in Andhra Pradesh and Telangana.

5) Does the company have a credible moat?
No. The company does not have any kind of moat despite being one of the largest consumer durable retailers in India.

6) Is the company sufficiently robust to major regulatory or geopolitical risks?
Yes. The company does not have any revenue from overseas or is present in a highly regulated sector, making it safe from such risks.

7) Is the business of the company immune to easy replication by new players?
No. New players can easily start new stores.

8) Is the company's product able to withstand being easily substituted or outdated?
No. The company faces competition from e-commerce retailers, which can affect the company's footfall in future.

9) Are the customers of Emart devoid of significant bargaining power?
Yes. Since the customers are retailers and the price of products are similar in all stores, they do not have much say in price. But it is to be noted that customers can choose to switch sellers, which is the nature of retail.

10) Are the suppliers of Emart devoid of significant bargaining power?
No. Electronics Mart has to sell at whatever price the brands supply to them and cannot negotiate on the price since they are just retailers and do not add anything to the product.

13) Do the top three managers have more than 15 years of combined leadership at the company?
Yes. The company's Chairman, Pavan Kumar Bajaj, and CEO, Karan Bajaj, have been with the company since its inception.

15) Is the company free of litigation in court or with the regulator that casts doubts on the management's intention?
No. The company has a lawsuit from Bajaj Electricals for trademark infringement, which, if lost, would result in losing the name 'Bajaj Electronics' that they use in Andhra and Telangana, which would impact the company drastically.

16) Is the company's accounting policy stable?
Yes. Although we would like to point out that since the company is in retail and mostly operates through leased premises, the introduction of Ind AS 116 from FY20 has increased the amount of depreciation. The financials of FY19 have not been disclosed for comparison.

17) Is the company free of promoter pledging of its shares?
Yes. The promoters have not pledged their shares.

22) Is the company free from reliance on huge working capital for day-to-day affairs?
No. The company requires high working capital due to the nature of the retail industry. Right now, it runs with funds sanctioned by financial institutions.

23) Can the company run its business without relying on external funding in the next three years?
Yes. For expansion purposes, the money raised via IPO is enough, but the same is not the case for working capital.

The giant underbelly of the markets