The decade's top wealth creators: Stylam Industries and Bajaj Finance | Value Research https://www.valueresearchonline.com/stories/50257/the-decade-s-top-wealth-creators-stylam-industries-and-bajaj-finance/ With total returns of 63.4 per cent and 61.9 per cent CAGR over the last 10 years, here are two stocks among the top 10 in our annual Wealth 100 study 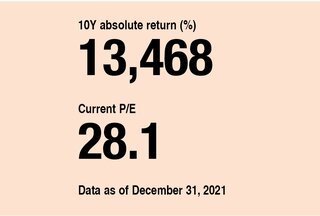 A manufacturer of decorative laminates used in residential and industrial applications, the company operates under the brand name of 'Stylam'. Its two manufacturing facilities are located in Haryana, with its Manaktabra facility being the largest laminate plant in Asia. Having a presence in more than 65 countries, the company derives 69 per cent of its revenue from exports.

Despite being in an industry dominated by unorganised players, the company managed to build its brand name and become a market leader in the segment. Over the last five years, its revenue and profits have grown at a CAGR of 13.8 per cent and 35.4 per cent, respectively. It also managed to increase its operating margin from 15 per cent in 2017 to 21 per cent in 2021 on the back of several initiatives. With the full operation of its Manaktabra plant, the company's production capacity increased to 11 million sheets per annum in FY17 and as of FY21, it stood at 14.3 million sheets per annum.

In a bid to expand its portfolio, the company has planned to enter the plywood segment by setting up a separate subsidiary named 'Stylam Panels' with an initial expenditure of Rs 60 crore. Aiming at doubling its revenues by 2025, it has undertaken various expansion plans. Also, over the last three years, it has undertaken various initiatives to reduce its debt and is planning to become debt-free by FY22. At a valuation of 28.1 P/E and 6.4 P/B, the company aggressively pursues growth plans. 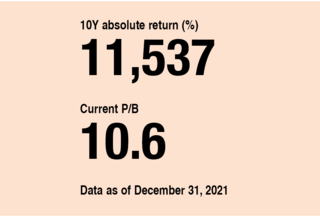 One of the largest consumer-finance companies in the country, this non-banking financial company (NBFC) provides lending services in six broad categories, including consumer, small and medium enterprises, commercial, rural, mortgage loans and margin trade. With a customer base of 52.8 million and assets under management of Rs 1,66,937 crore as on September 30, 2021, the company targets affluent customers in the mass market and follows a cross-selling strategy for other financial products.

In a bid to take advantage of variable purchasing patterns of consumers, the company emerged as a full-service NBFC post FY08, with its dedicated risk-analytics unit being the cornerstone of its operations. During the period, only a handful of companies were willing to invest in technology and processes and therefore, the consumer-durable financing business was less competitive. Against this backdrop, Bajaj Finance was able to capture a dominant market share, generate valuable customer data and take data-driven lending decisions. Moreover, its wide geographical presence (3,329 locations and 1,19,900 distribution points), quick turnaround time and ability to approve a large number of loans gave the company a competitive edge.

At present, the company is rolling out its business-transformation strategy to build an 'omnichannel' model, thereby reducing its operating costs and improving its customer experience significantly. Although its prospects look bright, an expensive valuation - as indicated by a P/E of 83.3 times and a P/B of 10.6 times - suggests that the market has already discounted all the positives, leaving very little upside for fresh investors.