The decade's top wealth creators: Caplin Point Laboratories and HLE Glascoat | Value Research https://www.valueresearchonline.com/stories/50253/the-decade-s-top-wealth-creators-caplin-point-laboratories-and-hle-glascoat/ With total returns of 73.4 per cent and 71.2 per cent CAGR over the last 10 years, here are two stocks among the top 10 in our annual Wealth 100 study 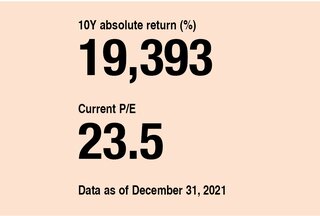 Involved in manufacturing APIs (active pharmaceutical ingredients - medicine ra materials) and finished formulations, Caplin Point Laboratories markets its products in emerging markets, with almost 87 per cent of revenues coming from Latin America. At present, it has more than 400 pharmaceutical products in 36 therapeutic segments. While 40 per cent of its products are manufactured at its own facilities, the remaining products are outsourced.

Over the last five years, its revenues and profits have grown at a CAGR of 34.8 per cent and 40.6 per cent, respectively, while its operating margin has been a minimum of 31 per cent. Its strong presence in the global markets, especially in Latin America, acts as a growth driver. In Latin America, it has a presence in 10 countries, including Chile, Dominican Republic, El Salvador, Ecuador and Venezuela. Also, the company outsources up to 60 per cent of its manufacturing activities, which enables it to follow an asset-light model and maintain healthy operating margins. By catering to the injectables and ophthalmics segment, the company has made a foray into the US market and entered into contract manufacturing to strengthen its presence in the US.

However, its future prospect very much hinges on its ability to capture a share in the injectables segment, which is expected to grow at 16 per cent CAGR by 2025. With a P/E of 23.5 right now, the company is trading at a valuation that is lower than its competitors. With consistent expansion plans in place, the company doesn't seem to slow down anytime soon. 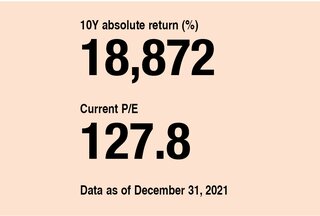 HLE Glascoat is a leading manufacturer of process equipment used in the chemical and pharmaceutical industries. Its products cater to various requirements related to storage, reaction, heat transfer, distillation and solid-liquid separation. Prior to 2019, the company was listed as 'Swiss Glascoat Equipments'. In 2017, HLE Engineers, a leading manufacturer of filtration and drying equipment, acquired a controlling interest in the company. Later in 2019, HLE Engineers and Swiss Glascoat were integrated through a scheme of arrangement and the company was renamed HLE Glascoat.

A market leader in the filtration and drying-equipment segment in India, the company holds a market share of more than 60 per cent. It is also the second-largest manufacturer of glass-lined equipment (GLE) in India, with a market share of nearly 30 per cent. Its large sales and distribution network comprising 13 sales offices across the globe adds heft to its marketing activities. Its philosophy of providing the best quality at a competitive price, innovating continuously and introducing new technologies (automation and process improvement) gives the company a competitive edge.

HLE Glascoat operates in a competitive industry, especially in terms of price sensitivity. The industry is characterised by numerous and continuous advances in technology and innovation. Therefore, it is important for the company to innovate continuously to stay competitive in the industry. Moreover, at a trailing-twelve months P/E of 127.8 times, fresh investors would be subject to a higher degree of risk since the future prospects seem to be fully priced in.