An economic sweet spot | Value Research https://www.valueresearchonline.com/stories/48992/an-economic-sweet-spot/ All the ingredients for sustained Indian earnings growth are now in place In December 2015, in my previous job as a stockbroker, I constructed a note which made me a hate figure in some circles. At a time when the bull run inspired by Prime Minister Modi's 2014 election victory was still underway, the brokerage which I managed had said that India was heading for an earnings recession as the traditional model of crony-capitalist capex was all set to be jammed by Prime Minster Modi and by Mr Rajan (the then RBI Governor). Hence, we said that getting all steamed up about the large-cap benchmark indices in India - which were stuffed full of poorly managed crony-capitalist companies - was pointless.

Five years on, in the midst of the coronavirus-driven recession, I believe the opposite call is warranted since all the ingredients are now in place for a sustained recovery in Indian earnings growth. These ingredients are: (a) cheap oil, (b) cheap money, (c) GST implementation and (d) the corporate-tax-rate cuts.

Cheap oil
India's economic-reform process began tentatively in the early 1980s under Mrs Gandhi and that led to India's first economic-growth spurt between 1982 and 1987 (alongside a tremendous bull run in the Sensex), just as Ronald Reagan was bringing the US out of the 1979-82 recession. India's second growth spurt came two years after the momentous economic reforms of 1991 and that too triggered a crazy bull run (which Harshad Mehta manipulated to his benefit). Both of these growth spurts and the golden growth period of 2004-08 and again from 2009-11 had a common feature - oil prices crashed at the beginning of the growth spurt alongside falling US government bond yields (see the periods marked with red chevrons in the chart 'The impact of a cheap oil and falling US government bond yields'). In each of these periods, the oil-price crashes and the falling government bond yields were triggered to a significant extent by a US recession (highlighted in grey in the chart).

The correlation between a recession in the world's largest economy, tanking oil prices and falling US government bond yields is relatively easy to understand. But why does this cocktail of factors always trigger an economic recovery in India?

Cheap money
Ever since India liberalised its economy in 1991, foreign capital - both FDI and FPI - has been central to financing its growth story largely because over 80 per cent of the flow of domestic savings has been directed towards physical savings (gold and real estate). As a result, capital inflows from America - which accelerate when US bond yields fall sharply - are all important for India. For example, the drop in the US 10-year bond yield from 6.7 per cent in Jan 2000 to 3.4 per cent in June 2003 (see the chart 'Historical US 10-year bond yields') was crucial for igniting China and India's growth engines in the 2003-07 boom. Equally important for India's post-Lehman recovery was the flood of foreign capital, which swept through India in 2009 and 2010 (remember those oversubscribed crony-capitalist IPOs and QIPs with prospectuses that reeked of corruption).

The demise of residential real estate in India as a credible asset class since 2015 has in this regard been useful - it has encouraged households to save through the financial markets. Unfortunately, in parallel, the overall households' savings rate has fallen in India - from around 25 per cent of income 10 years ago to around 17 per cent today. As a result, even today, India is dependent on foreign risk capital to finance an economic recovery. Indian lenders can provide debt financing but NOT risk capital. There is only source of risk capital for the Indian economy - the US of A.

In this context, it looks likely that the flooring of interest rates by western central banks could be doubly beneficial for India. Firstly, it is likely to encourage foreign capital to head towards India (as was abundantly evident in 2020). Secondly, it has encouraged the RBI to cut rates sharply (since CPI inflation is likely to be taken care of by compressed crude prices). If the Government of India also cuts the rates it offers on its savings schemes, this will help the banks cut their deposit rates and thus their lending rates. Rate transmission can then finally happen in India and SME lending - far more important for spurring GDP growth than crony-capitalist capex - could potentially come to life.

With Brent crude having corrected from $83/barrel to $50/barrel now, with US Treasury yields near zero and with the US economy now likely to be in recession, key prerequisites of an Indian earnings recovery are in place. But that is not all - two key domestic reforms have also set the scene for a select few companies to benefit from the rapid formalisation of the Indian economy. 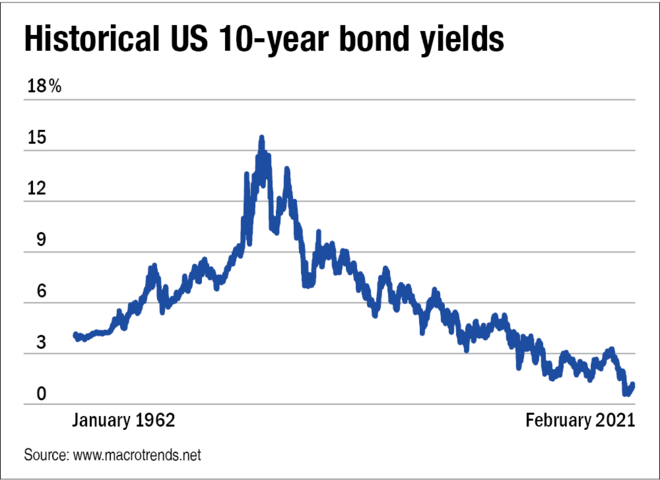 GST is a massive driver of formalisation
Out of India's workforce of around 600 million people, we estimate that around 250 million people work in the retail sector (shops, markets, supermarkets, etc.). A further 50 million odd work in the logistics sector (driving trucks and the assorted light vehicles used for last-mile delivery). Thus, 50 per cent of India's workforce is associated with the retail sector. Until GST came along, most of these people never paid taxes and hence enjoyed tax-free profit margins of 12-15 per cent. With the government going full throttle to implement GST due to fiscal compulsions, these profit margins have dropped to 2-4 per cent. As a result, the retail sector is now gasping for working capital (for a detailed explanation see our blog https://bit.ly/3nAmiqU). This in turn is pushing these retailers towards seeking financing from organised lenders. However, these lenders - banks like HDFC Bank, Kotak Bank and NBFCs like Bajaj Finance - are discriminating between retailers who sell leading brands like Relaxo, Asian Paints and Pidilite (their retailers seem to be getting channel financing at 8 per cent interest rates) and those who sell laggard brands (such retailers are getting funded at 15 per cent). As a result, the market leaders are gaining market share every quarter from the laggard brands. See, for example, Asian Paints' consistent double-digit volume growth in a sector which is unlikely to be growing at more than 6 per cent.

Corporate-tax-rate cuts help the market leaders
In September 2019, not only did the government cut corporate-tax rates from 35 per cent to 25 per cent, the finance minister also said that if companies committed to fresh capex in new entities, they would get a discounted corporate-tax rate of 15 per cent. For market-leading firms whose ROCE is well above the cost of capital - and hence which generate lots of free cash flow which can be used for capex - this announcement is manna from heaven. Companies like Relaxo, Asian Paints, Nestle and Pidilite anyway double the size of their operations every three to five years. Hence, their effective corporate-tax rates five years hence could be sub-20 per cent. However, for their weaker competitors - which don't have the financial means to expand capacity - the corporate-tax rate is likely to continue to be 25 per cent. An over 500 bps differential in profit margins will decisively swing the balance of power in favour of market-leading companies, which will then either acquire the smaller companies in their sector (which is what Pidilite is doing) or turn them into outsourced suppliers.

Saurabh Mukherjea is the Founder and CIO at Marcellus Investment Managers. He's also the author of 'Coffee Can Investing: The Low Risk Route to Stupendous Wealth'.