From point A to point B | Value Research https://www.valueresearchonline.com/stories/31729/from-point-a-to-point-b/ It goes without saying that if we have good transportation, our lives would become a lot easier. The sector is obviously going to benefit

From point A to point B

It goes without saying that if we have good transportation, our lives would become a lot easier. The sector is obviously going to benefit 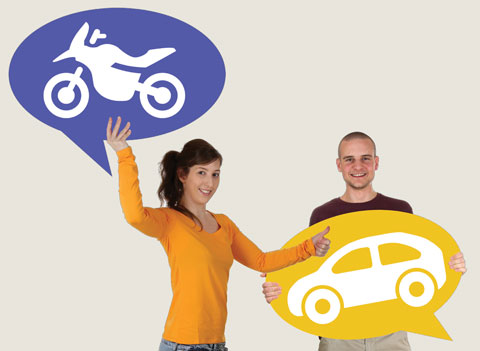 By 2020, India will be the second-largest two-wheeler market in the world. Passenger vehicles are expected to treble from 2015 levels by that time (Source: IBEF). Transportation, a $74 billion market in 2015, is estimated to stand at $260-300 billion by 2026. Till we invent teleportation, we will require transportation to get from one place to another. There is just no other way to get around it. Here are some names that we think will continue to dominate their industries even a decade from now.

Maruti Suzuki India
In India, you would be hard-pressed to find someone who has not driven in a Maruti. The auto giant has such a stranglehold over the Indian passenger-vehicle market that it straddles every sub-segment, from the small car to the SUV Brezza and the premium Baleno. It's not uncommon to spot at least four of the company's brands in India's top-ten vehicle sales. It's not without reason that it has over 50 per cent market share in the passenger-vehicle market in the country. No other peer has as large an after-sales network in the country as Maruti's.

One of the company's key strategies, especially in recent years has been to increase the pace of new launches. With the Baleno and the Brezza notching up an order backlog of over 45,000 cars each and with a waiting period ranging from six-eight months, this strategy appears to be paying rich dividends. In the years to come, it is not difficult to see the company continue to dominate Indian roads.

Bosch
Bosch is a global auto-ancillary giant and the largest automotive-parts supplier in the country. It supplies diesel-fuel-injection systems, and its auto aftermarket-parts network is the largest in India. What are aftermarket parts? These include items like batteries, belts, horns, lighting, braking systems, spark plugs, wiper blades and lubricants, among others.

Bosch's big opportunity comes from the government's decision to skip the BS-V emission norms and go directly to the BS-VI norms by 2020. Bosch supplies fuel-injection systems that reduce fuel emissions. Given the technological superiority of Bosch's parent, the Germany-based Bosch GmbH, an emission-efficient fuel injection system is exactly the kind of opportunity the company stands to profit from.

The Indian two-wheeler sector earlier had two main players - Hero Honda and Bajaj Auto. With the parting of ways of the Hero Group and Honda, there are now Hero Motocorp, Honda, Bajaj and Yamaha crowding in the motorcycle segment. Competitive intensity in the sector has escalated to such levels, that it is difficult to say with certainty which manufacturer will dominate the industry five or ten years from now. Will it be Bajaj, with its premium bikes, or Hero, with its executive, entry-level flagships, or Honda, with its iconic brand? It's difficult to say today. That is why no two-wheeler manufacturer figures in this section.