Stock market crash: How to deal with it? | Value Research https://www.valueresearchonline.com/stories/50370/how-to-deal-with-the-stock-crash/ You already know what to do, all we need to do is go over the basics once again

How to deal with the stock crash? You already know what to do, all we need to do is go over the basics once again 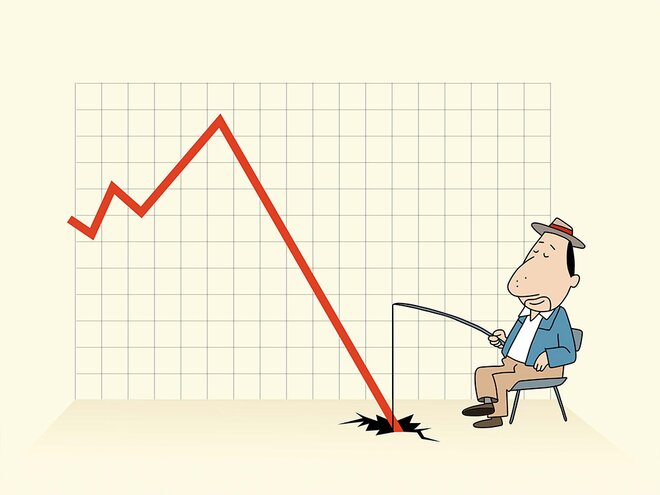 If you're worried about the alleged crash in the equity markets, please don't - there is no crash. It's just routine 'broken news' that fills the airwaves and the internet with manufactured drama, 24/7. Over any reasonably long period - two years, three years, and above, equities are in a healthy gains region. What is happening now is a routine pause. It could extend to a longer time period but there's nothing new in that. So is there anything you should do about it? Any particular way to approach this?

Let's look at things from a slightly different angle. How often have you come across anything new in an article or talk or anything about investments? I've been writing and talking about investments and personal finance for almost three decades and sometimes years go by without saying anything new. Sure, there are news things to talk about which can be good, bad or ridiculous but the principles do not change. For example, I could be talking about emu farming or cryptocurrencies, which were new phenomena at one point, but the underlying principle is an old one - don't buy any investment that generates no economic value.

There are a set of things - basic ideas about investing - that one can remind oneself of when the market is looking shaky. They are not new, but actually reinforcements. Here are some that I have collected over the years.

Time: The single most important thing is that the time horizon of your investments is all that matters. Look back to whatever period you want to, whatever market that you want to and see that declines are not permanent, but the relentless upward march of the markets is permanent. Eventually, and it's generally one or two years, and sometimes as short as a few months. Bear markets become a trap only when you need to get your money out at a specific time and a specific value, but that's not the market's fault. That's not the way equity investing is to be done.

Quality and diversification: I'm sure some people have spotted what they think is an obvious problem in what I've said above. What if your stocks never come up again? For example, think of what happened to all those infra stocks after the 2008-2010 crash? However, the answer is simple - quality and diversification. Yes, some stocks can sink forever at some point, but a careful investor will not have them, or have them in quantities whereby it does not matter.

Buy: If you nail the above two factors - and it's not difficult to do so - then every single bear market or correction ever has actually been a buying opportunity. This one is no different. Think back to the last one. In mid-February 2020, the Sensex was at 41,000. In mid-December, it was at 47,000. A nice smooth 10%+. Except, in the middle was the best buying opportunity in years! It actually dipped below 30,000. It's easy to be dismissive and say, "Yeah but who had the courage to buy at that point." But investors did. Every one of those trades in March, April and May had a seller AND a buyer, didn't it? Who were those people who were buying? They were the smartest investors in the world. Think of the windfall gains they have produced out of others' panic. As the old saying goes, the time to buy is when there is blood on the streets. If the current weakness continues or deepens, remember this more than anything else.

Don't optimise: The one problem in buying when there's blood on the streets is that investors try to optimise too much. They want to catch the exact bottom. When you look back at 2020, don't imagine yourself buying on 3rd April. That's why I said that the smart people were buying in March, April and May, even in June and perhaps July too. It doesn't have to be perfect - perfection exists only in hindsight. In the real world, any advantage is good enough.

So how do you feel about this non-crash now? I hope I've changed your thinking about it, at least a little bit. Like I said, you already knew all this - I'm just providing some reinforcement.