Strange ideas about inflation | Value Research https://www.valueresearchonline.com/stories/50214/strange-ideas-about-inflation/ High inflation rate in the US could mean some bad news for Indian equity investors, at least for a while High inflation rate in the US could mean some bad news for Indian equity investors, at least for a while 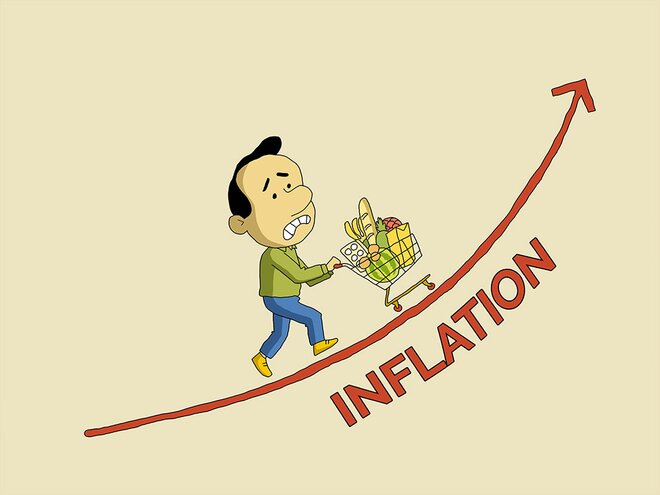 Is inflation bad? To anyone, from a poor person to the most exalted scholar of economics, everyone would agree on the answer to that question. Is it worse for poor people or the rich? The answer to that is also self-evident and really, beyond any argument.

However, it seems that there is some difference of opinion on this. Paul Krugman, a high-profile economist who was awarded the Nobel prize in economics a few years ago, tweeted this a few days ago: "Inflation especially hurts the poor" has truthiness - it sounds like it should be true. But I don't see either evidence or a mechanism. He has some accompanying quotes and graphs etc., from which he concludes that there is no 'evidence or a mechanism'. However, the only thing one can actually conclude from his tweets is that he is not poor, has never been poor and has no actual close contact with any poor person.

The strange thing is that Krugman is not alone in this sudden changed attitude towards inflation in the US. In recent weeks, this idea has been aired a lot in the US media. CNN Business had a long analysis on "Why inflation can actually be good for everyday Americans and bad for rich people". If you google 'Inflation good US' you'll find a lot of articles and tweets around this idea. This wave of good thoughts about inflation is a surprise, and the smoothness with which influential voices have together, in sync, started saying all this is a little suspicious.

You might now ask what all this has to do with you and me, who are here on this page to talk about our investments. The answer is, 'a lot.' Depending on what the US government and central bank do about the historically high inflation levels in that country, our investments could face (or not face) considerable volatility and uncertainty. Let's see how this could happen. We know that while over the long-term, stock prices are driven by fundamentals, liquidity is the big driver in the short-term. If a huge quantity of money is being poured into the global economy anywhere, then it's going to boost prices in practically every asset market around the globe.

As it happens, the US has been on a money creation frenzy. In 2008, the country's money supply stood at US$ 7.5 trillion. By 2019, it was more than double of that. Now, it has increased to US$ 21 trillion. Late last year, someone calculated that more than 20 percent of all dollars that existed had been created in the previous 10 months. I'm sure the figure is higher now.

However, it looks like the bill has to be paid off now. With inflation in the United States at a 30-year high, it is inevitable that the money-tap is going to be squeezed tighter and tighter in the weeks and months to come. Moreover, it's crystal-clear from even a cursory look at domestic US politics that controlling inflation decisively and rapidly is now of the highest priority for the Biden regime, regardless of the impact on the markets. This is a novel situation in the US and in fact, has not occurred since the early 1980s. People like Krugman and others have spent years arguing that this inflation won't show up and now that it has, they are hard at work trying to convince everyone that it doesn't actually matter.

Even so, there's a high likelihood that the US, and therefore the entire world, will swing hard to the other side and we will see a period of generally tight money in the markets. What's more, no government in the world will have any great objection to it. The excess money has 'leaked' into practically every aspect of every economy in the world and inflation is on its way to becoming everyone's problem.

Broadly speaking, this will mean lower inflows into the Indian stock markets, or perhaps net outflows. There's little doubt that volatility will be a result. However, the fact remains that the Indian markets are much more resilient to such shocks than earlier. Large domestic inflows, especially from equity SIPs and the EPFO, provide a cushion that was missing earlier. Some hiccups might be coming, but investors would do well to stay focussed on the quality of their investments and not shy away from taking advantage of low equity prices.