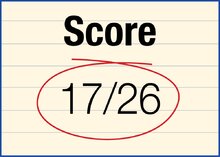 Incorporated in 2012, FSN E-commerce Ventures, the parent company of Nykaa, is a native consumer-technology company involved in selling beauty, wellness, personal-care and fashion products. Besides having a diverse portfolio of products, it sells its own brand products under two verticals - beauty and personal care and apparel and accessories. While the company's business is primarily online, it also has 80 retail stores across 40 major cities in India. As of August 2021, the company offered around 3.1 million stock-keeping units (SKUs) from 4,078 national and international brands. While the beauty and personal-care division offers 2,56,149 SKUs from 2,644 brands primarily across make-up, skincare, haircare and fragrance, the fashion division offers around 2.8 million SKUs from 1,434 brands across various categories.

With the company striving to be more technologically focused than retail-based, it derives around 90 per cent of its revenue from the online business. And out of this revenue, 90 per cent comes from its app and the remaining from other online platforms and retail outlets. Despite that, it is still opening several retail outlets to compete with unorganised players. The company gets 40 per cent of its revenue from tier-1 cities, while the remaining 60 per cent from tier-2 and tier-3 cities. As reported by the company, its user metrics for the five months ended August FY22 stood at 14.7 million monthly average unique visitors and 1.2 million average transacting consumers - a significant rise from the year-ago period.

Strengths
1) Since the company derives around 80 per cent of its revenue from its mobile application, it is self-reliant.
2) It is one of India's leading beauty and personal-care companies in the organised space and enjoys strong brand awareness among young customers.
3) It has strong supply-chain capabilities with around 20 warehouses throughout the country and can deliver around 94 per cent of orders within five days.
4) Apart from selling its own brands, the company has partnerships with various national and international brands, such as Armani Beauty, Huda Beauty and many more.
5) Since the company has a presence both online and offline, it offers an omnichannel experience to its customers and provides various incentives such as loyalty programs, gift cards and so on.

Weaknesses
1) A significant portion of the company's revenue comes from its top vendors - Elca Cosmetics, Hindustan Unilever, Honasa Consumer Products, Huda Beauty and Loreal India. As of August 2021, they contributed 21.5 per cent to the company's total revenue. Any change in their partnership terms will result in a decrease in revenue.
2) The company relies heavily on marketing, especially on social media and partnered with 3,055 influencers as on August 31, 2021. Any kind of negative publicity can drastically affect its revenue.
3) Although the company is a leader in the organised market, the unorganised portion of beauty and personal-care products still holds a market share of around 72 per cent. Nykaa is directly competing with these local vendors who have an advantage due to low pricing.
4) The company heavily relies on technology, as it derives 90 per cent of revenue from its online business. Any delay in processing or other issues in its technical infrastructure may not only affect its revenue but also its relationships with customers. 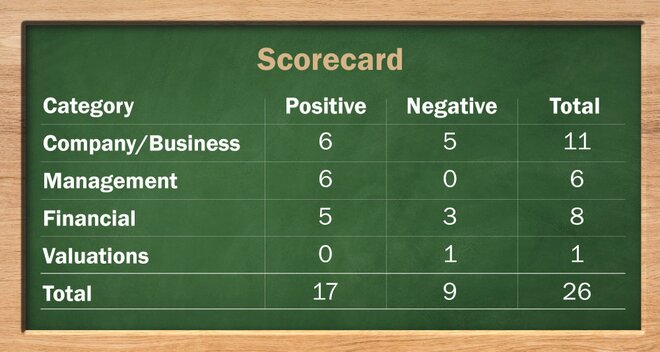 3) Does the company have recognisable brand/s, truly valued by its customers?
Yes, Nykaa is a leading speciality beauty and personal-care company and offers various products with increasing active users on its online platform.

4) Does the company have high repeat customer usage?
Yes. In FY21, the company derived around 70 per cent of its revenue from its existing customers. Also, its customer-retention capacity is high.

5) Does the company have a credible moat?
No. Although the company is a leader in the organised beauty space, it does not offer anything unique.

6) Is the company sufficiently robust to major regulatory or geopolitical risks?
Yes, the company does not have major exposure to the international market and it has also adhered to all the regulatory requirements so far.

7) Is the business of the company immune from easy replication by new players?
No, the company is not immune to new entrants. With sufficient expenditure on marketing and technology, new entrants can easily replicate Nykaa's business.

10) Are the suppliers of the company devoid of significant bargaining power?
No, the company derives a significant portion of its revenue from a few major vendors. Although Nykaa only acts as a mediator here, a fallout in terms of the contract would mean a decrease in revenue.

15) Is the company free of litigation in court or with the regulator that casts doubts on the intention of the management?
Yes, although the company has 12 cases regarding tax claims against it, it does not cast any doubt on the management's intention.

17) Is the company free of promoter pledging of its shares?
Yes, the promoter's shares are free of pledging.

19) Was the company's operating cash flow positive during the three years?
No, the company reported negative cash flow from operations in FY19.

21) Is the company's net debt-to-equity ratio less than one or is its interest-coverage ratio more than two?
Yes, the company is net-debt free as on June 30, 2021.

27) Is the stock's price-to-earnings less than its peers' median level?
Not applicable. Although no other listed company is engaged in a similar e-commerce business, Shoppers Stop and Trent are some big offline retail players. Both these companies incurred losses in FY21.

28) Is the stock's price-to-book value less than its peers' median level?
Not applicable. Post-IPO, the company's stock will trade at a P/B of around 40.0, while Shoppers Stop and Trent trade at a P/B of 377.6 and 16.9, respectively.