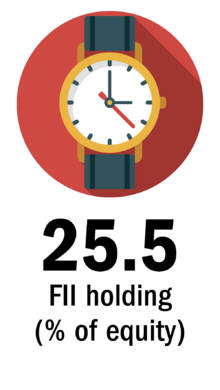 The company has developed relationships with leading domestic and international watch manufacturers. But it has historically sported a very small profit margin (five-year average PAT margin is 1.8 per cent) and has a poor five-year average ROE of only 7.17 per cent.

As a result of the China + 1 strategy of major global companies, KDDL is witnessing a higher volume of enquiries for its precision-engineering products. Moreover, it is focusing on high-value-added and complex parts and components while trying to move to segments with high entry barriers. But the increasing sales of digital watches and greater investments made by tech companies in wearables could be a dampener in the long run.

VISA Steel: On a topsy-turvy ride 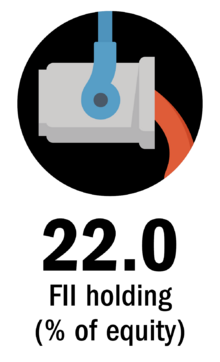 VISA Steel, incorporated in 1996 as VISA Industries, is involved in manufacturing high-carbon ferrochrome. Its subsidiary Ghotaringa Minerals is involved in mining and collecting hard coal. Being one of the leading producers of ferroalloys, the company is expected to benefit from the government's initiative to revive the economy. In FY21, its sales grew by 43 per cent, while the company managed to reduce its debt levels significantly.

Despite a revenue increase, the company still posted losses owing to impairment expenses. At present, the company is facing financial distress due to the unavailability of chrome ore, non-fulfillment of MoU with the Odisha government and increasing costs. The promoters have pledged 100 per cent of their stake in the company.

Although the company is expected to benefit from the rising demand, growing input costs are expected to play spoilsport. It is currently functioning under a conversion arrangement with the help of operational creditors. It is impossible for the company to continue its operations without this arrangement. Unless additional capital is infused, its going may get tough very soon. 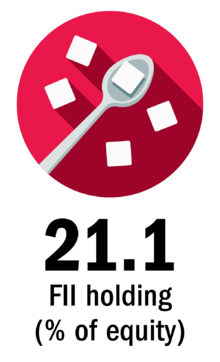 Established in 2001, Ponni Sugars is a sugar manufacturer with a factory at Erode, Tamil Nadu, having a capacity to crush 3,500 tonnes of sugarcane per day and generate 19 MW of power. The company was structured on the unique concept of total diversion of bagasse for paper.

While the sugar mills in Tamil Nadu have been under stress due to recurrent droughts and appalling capacity utilisation, Ponni's cane crushing for FY21 crossed the six lakh tonne mark. The company had become debt-free by the end of the first quarter.

Sugar prices are at unremunerative levels. This is due to the supply glut, exacerbated by the dried-up cash flows of sugar mills. The industry has been pleading for an upward revision in the minimum support price that would help lower the losses and fetch additional resources for clearing the cane dues, but the government's decision on it is yet elusive. Ethanol presents an important value chain for the sugar industry. Government policies are directed towards increasing the ethanol blend in petrol. The company is currently in the process of getting approval to set up a 45 kilolitre/ day distillery-cum-ethanol plant.