Kalyan Jewellers IPO: Information Analysis | Value Research https://www.valueresearchonline.com/stories/49103/kalyan-jewellers-ipo-information-analysis/ A well-established name in the industry, Kalyan Jewellers caters to Indians' strong affinity for gold. Read more to find out if you should invest in its IPO. A well-established name in the industry, Kalyan Jewellers caters to Indians' strong affinity for gold. Read more to find out if you should invest in its IPO. 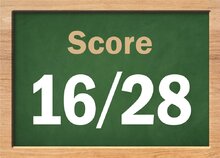 Starting its journey in 1993 from a single showroom in Thrissur, Kerala, Kalyan Jewellers has established itself as a large pan-Indian jewellery retailer. Promoted by Mr T S Kalyanaraman, it now operates 107 showrooms across 21 states and also has 30 showrooms in the Middle East.

Over the years, the company has built its business through increased transparency and highly customised offerings for different regions it operates in. It has created a wide array of sub-brands (12) to cater to various segments, such as 'Muhurat' for wedding jewellery; 'Mudhra' for antique (non-yellow gold finish); 'Glo' for casual diamond jewellery, etc. This has enabled the company to address specific customer niches at various price points.

Also, Kalyan Jewellers employs a marketing strategy to set up dedicated centres (called 'My Kalyan'), which are solely focussed on channelising customers to their various stores. Since a significant proportion of the demand for gold jewellery originates from rural and semi-urban locations, where the presence of organised jewellery is low, the staff (numbering almost 2700) at these centres also play an active role in door-to-door marketing efforts and customer engagement. Barring a brief misadventure in FY2019, when an attempt to convert these promotional centres into points of sale for small-ticket items backfired (resulting in reduced marketing and overall sales), these centres have served the company well (it contributed a fifth to the company's top line in the current fiscal).


The company's business model is characterised by high operating leverage and a very low margin. This combination makes it vulnerable to any fluctuations in the business cycle. For example, during the nine months of the current fiscal, although the top line decreased by only about 30 per cent (due to the impact of the pandemic-induced lockdown) as compared to the year-ago, the company's bottom line swung from a profit of around97 crore to a loss of 81 crore. The company/business
1. Are the company's earnings before tax more than Rs 50 crore in the last twelve months?
No. The profit before tax during the previous 12 months (from January 2020 to December 2020) was only Rs 7.9 crore. But this was because of the impact of the pandemic-led lockdown. Earnings before tax for FY2020 was Rs. 220.89 crore.

2. Will the company be able to scale up its business?
Yes. The company can increase its branch network, as well as its same-store sales. But it would depend on whether the demand for gold jewellery bounces back and the company's ability to deleverage its balance sheet.

4. Does the company have high repeat customer usage?
Yes. Customers who are satisfied go back to the same store for the purchase of gold jewellery in the future.

5. Does the company have a credible moat?
No. The company does not register its designs which it keeps updating on a regular basis. But, it is not an easy task to scale up and establish a pan-India presence. Establishing a trustworthy brand is also a very challenging process.

6. Is the company sufficiently robust to major regulatory or geopolitical risks?
Yes. It is an organised player and has handled regulatory challenges in the past.

7. Is the business of the company immune from easy replication by new players?
No. There is a lot of competition in this space from both organised and unorganised players. And competitors can simply copy the jewellery designs.

13. Do the top three managers have more than 15 years of combined leadership at the company?
Yes. The founding promoter, who is the current managing director of the company, has been associated with the company since 1993.

17. Is the company free of promoter-pledging of its shares?
Yes. None of the shares of the promoter is pledged.