Easy Trip Planners IPO: Information Analysis | Value Research https://www.valueresearchonline.com/stories/49077/easy-trip-planners-ipo-information-analysis/ The operator of EaseMyTrip travel-booking platform is raising Rs 510 crore through an IPO. Should you bid for its shares? Here's the full analysis to help you make up your mind. The operator of EaseMyTrip travel-booking platform is raising Rs 510 crore through an IPO. Should you bid for its shares? Here's the full analysis to help you make up your mind. 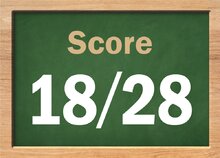 If there is one sector that has seen the most brunt of COVID, it has to be the travel and tourism sector. Yet, despite suffering one of the toughest hardships, the online travel agency (OTA) , Easy Trip Planners, the parent company of EaseMyTrip.com, was profitable till December 2020. The company, through its website and mobile application, offers a range of travel services such as air ticket booking (97.8 per cent of gross booking revenue in FY20), hotel and holiday packages (1.4 per cent), bus tickets, rail tickets, taxi rentals and more.

The company has devised a unique business model, wherein to build customer loyalty, the company lets go of the convenience fee charged on bookings. Further, the company maintains profitability by running very tight business operations. Its major revenue comes from commissions and incentives received from airlines, global distribution service (GDS) providers and others. The company also earns from unclaimed refunds. This part of income is added to 'other income' and is substantial in nature (around 12 per cent of total revenue).

EaseMyTrip has a market share of 4.5 per cent in the OTA industry in terms of gross booking revenue for FY20. The company as of December 2020, provided access to more than 400 international and domestic airlines, more than 10,96,400 hotels in India and outside, along with railway bookings, bus tickets and taxi rentals for major cities in India. The company saw 5.16 crore visitors on its website in FY20, and has a total of around 55 lakh app downloads as of December 2020.

However, COVID has had a severe impact on the company's business. Its gross booking revenue fell by around 60 per cent for nine months of FY21 (April-December 2020) when compared to the same period in the previous year. Despite the challenging environment, the company recorded profits in the said period. This was achieved on the back of aggressive cost cuts and income from unclaimed refunds adding to the top line. The company has zero debt, and remains cash rich having cash and cash equivalents worth Rs 44.6 crore as of December 2020. The management of the company intends to pursue growth in the high margin hotel and holiday packages segment and also plans to reach tier-2 and tier-3 towns through its 55,981 registered travel agents. However, one should note that COVID-led uncertainty still overlooks the future of the travel industry. 2. Will the company be able to scale up its business?
Yes. The company primarily operates through web-based and app-based platforms, EaseMyTrip.com and EaseMyTrip mobile app. Both the platforms can be scaled up without incurring any significant costs. Moreover, the company is focussing on increasing its revenue share by providing a variety of domestic and international hotels in the high margin hotel booking segment. Since the company operates through aggregators instead of buying hotel inventory by itself, the existing platforms can be robustly used for scaling up this business.

3. Does the company have recognisable brand(s), truly valued by its customers?
Yes. In FY20, the company recorded 5.16 crore visits on its website and its app downloads stood at 55 lakh as of December 2020. The company has in the past spent around 15-20 per cent of its revenue in advertising and marketing, whereas the market leader MakeMyTrip spends more than 30 per cent. The company makes up for lesser ad spend by offering no-convenience-fee bookings, which further helps it to build customer loyalty.

4. Does the company have high repeat customer usage?
Yes. Company's customers primarily comprise of B2C customers. In FY20, nearly 86 per cent of the transactions were done by customers who had made a booking transaction at least once in the past.

5. Does the company have a credible moat?
No. Platform businesses are able to create competitive advantage through network effects. That basically means that a user derives more and more value from a platform as more and more new users join the same network. EaseMyTrip fails to provide this effect for its users. On top of that, the company's services are mere commodities in nature, and it's still a small player compared to the market leader MakeMyTrip. Absence of a differentiating factor renders the company from a credible moat.

7. Is the business of the company immune from easy replication by new players?
No. Several e-commerce players such as Amazon, Paytm and others are cross-selling airline tickets. Such platforms have a huge number of customers and the ability to provide multiple services like shopping, bill payments and others that help them in building customer stickiness. Platform businesses need to create strong network effects in order to resist easy replication by new players, which this company lacks.

8. Is the company's product able to withstand being easily substituted or outdated?
Yes. The company is an online travel agent providing a range of travel services such as airline booking, hotel and holiday packages, rental cars, etc. As the mobile and internet penetration grows, travel and tourism related bookings will be done more online than offline. With presence in both web-based and app-based services, the company's products are sufficiently protected from being outdated/substituted.

9. Are the customers of the company devoid of significant bargaining power?
No. The online booking market for airlines and hotels is highly competitive. Customers are extremely price sensitive and other differentiating factors such as brand appeal play a limited role as compared to price. Moreover, online travel agencies sell commoditised products such as airline and hotel bookings and themselves are not liable for service quality issues. Presence of a number of players and commoditised offerings provides customers with ample bargaining power.

10. Are the suppliers of the company devoid of significant bargaining power?
No. Company's primary suppliers are airline companies, GDS (global distribution system) companies which enable real time transactions between airlines, hotels and the likes, and travel agents, hotel aggregators and others. The company doesn't do any pre-purchases from or long- term contracts with these suppliers. Therefore, lack of differentiated product offerings and small scale of operations of the company provides its suppliers with substantial bargaining power.

11. Is the level of competition the company faces relatively low?
No. The company is primarily dependent on airline tickets booked through its platforms, which accounted for roughly 98 per cent of its gross booking revenue in FY20. The company accounts for only 6.5 per cent of the total industry gross air tickets revenue. MakeMyTrip is the leader here with a 42 per cent market share. Airlines ticket booking is highly competitive due to the price sensitive nature of consumers. Furthermore, new players such as Paytm, Amazon and Flipkart (reports of acquiring Cleartrip) have entered or are entering the online air ticketing market, which is increasing its competition.

13. Do the top three managers have more than 15 years of combined leadership at the company?
Yes. The promoters of the company, who are also the top managers, have been associated with the company since its inception in 2008.

14. Is the management trustworthy? Is it transparent in its disclosures, which are consistent with SEBI guidelines?
Yes. We have no reason to believe otherwise. However, in the past, the company has given out loans to movie production companies (including one of its related parties) for promotion of its brand. These loans have not yielded results, as a result of which the company has taken write offs for the same.

15. Is the company free of any litigation in court or with the regulator that casts doubts on the intention of its management?
No. Cumulatively, the company faces litigation matters amounting to Rs 140 crore which equals almost 100 per cent of its equity. One of the serious cases is filed by a company's ticketing partner, alleging that the company manipulated records and has claimed Rs 37 crore of damages. The matter is currently pending in courts.

17. Is the company free of promoter-pledging of its shares?
Yes. None of the shares held by promoters is pledged.

21. Is the company's net debt-to-equity ratio less than 1 or is its interest-coverage ratio more than 2?
Yes. The company (as of December 2020) is debt-free.

23. Can the company run its business without relying on external funding in the next three years?
Yes. The company is aiming to increase its hotels and hospitality business segment. This segment currently accounts for around 5.4 per cent of revenue in FY20. Instead of buying hotel inventory by itself, the company aggregates it through 23 aggregators. This leads to an asset-light model. Since the company's existing platform itself can be utilised for the business expansion, the company shouldn't require any external capital.

The stock/valuations
26. Does the stock offer an operating-earnings yield of more than 8 per cent on its enterprise value?
No. Based on FY20 operating earnings (since last twelve months earnings are not available), the yield stood at 2.2 per cent.

27. Is the stock's price-to-earnings less than its peers' median level?
No. The only near-listed peer in India is IRCTC which has a somewhat similar business model and trades at a P/E of 58.4 based on FY20 earnings. While post listing, Easy Trip Planners will have a P/E of 61.5.

28. Is the stock's price-to-book value less than its peers' average level?
Yes. IRCTC currently trades at a P/B of 23.3 as compared to this company's P/B of 15.4 post listing, based on December 2020 equity. 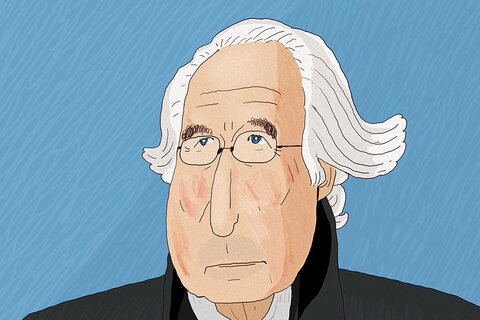 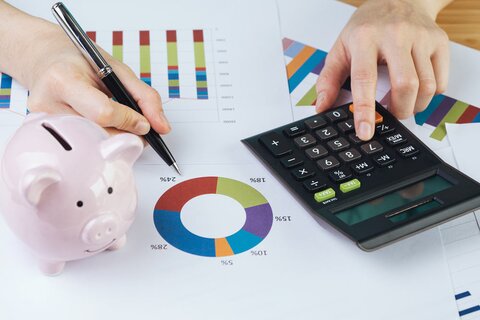