UTI AMC IPO: Information Analysis | Value Research https://www.valueresearchonline.com/stories/48572/uti-amc-ipo-information-analysis/ The second-largest AMC in India in terms of total AUM has come up with its IPO. What's there for investors? Here is our analysis

The second-largest AMC in India in terms of total AUM has come up with its IPO. What's there for investors? Here is our analysis 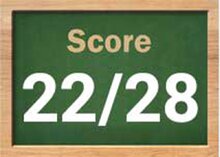 The company and its predecessor (Unit Trust of India) have been active in the industry for more than 55 years and enjoy the distinction of establishing the first mutual fund in India. It is a professionally managed company as mandated by SEBI mutual fund regulations with four sponsors: State Bank of India (SBI), Life Insurance Corporation of India (LIC), Bank of Baroda (BOB) and Punjab National Bank (PNB). Besides, T. Rowe Price Group Inc, a global asset management company, is also its major shareholder.

UTI AMC manages over 153 domestic mutual funds schemes across equity, debt, hybrid, liquid and money market funds, with 1.09-crore live folios as on March 31, 2020, accounting for 12.2 per cent of approximately 8.97-crore folios managed by the India Mutual fund industry. The company's mutual fund schemes - representing 92.3 per cent of its closing AUM in the equity category - have outperformed their respective benchmark indices by an average of 1.3 per cent per annum in the last ten years as on June 30, 2020.

In the PMS service, it is the largest fund manager for Employees Provident Fund Organisation (EPFO) and was mandated to manage 55 per cent of the total EPFO corpus in September, 2019. Also, it provides PMS service to Coal Mines Provident Fund Organisation (CMPFO), Postal Life Insurance (PLI), Employees' State Insurance Corporation (ESIC), among others. Over the last three years, its PMS business has increased from Rs 1.1 lakh crore to Rs 7 lakh crore - at a CAGR of 143.9 per cent. Also, the company's NPS segment has the second-largest market share by AUM as on June 30, 2020, accounting for 29.2 per cent of total market share.

Strengths
Large presence: UTI has the highest concentration in B30 cities (beyond top 30 cities) amongst the top 10 AMCs, with 24 per cent of overall AUM in B30 geographies. Hence, the company is well-positioned to reach remote areas and attract new clients.

Long and proven track record: The company and its predecessor have been in the asset management business for more than 55 years. As of June 2020, it managed the largest dividend-yield fund (UTI dividend yield) and largest non-ETF index fund (UTI Nifty Index Fund) in India.

High individual investors: As on June 30, 2020, individual domestic clients accounted for 43.8 per cent of domestic mutual fund closing AUM. They tend to be sticky and 50 per cent have remained invested in the last three years.

Weakness
Low presence in the equity segment as compared to its big competitors: Its presence in the equity segment is 32 per cent of its AUM, which is less than that of its listed peers and also below the industry average of 39 per cent. The equity segment benefits from a high expense ratio, thereby leading to high management fees, which ultimately increase the profit margins for the company. As a consequence, despite an increase in its total AUM, the company's revenue has registered a decline in the last three years because of a decline in its domestic mutual fund AUM.


● Any reduction in expense limits by Securities Exchange Board of India (SEBI) may impact the company's profitability.
● Withdrawal of investment management agreements and other business commitments by its major clients, such as EPFO, may negatively impact its business.
● Its business operations in the mutual fund segment are highly regulated by SEBI and in the NPS segment, by the Pension Fund Regulatory and Development Authority (PFRDA). Any changes in policies from regulators can adversely affect the company's performance.
● The company's income, as well as profit, is directly related to its AUM and any decline in AUM because of market-related or any other external factors can affect its profitability. 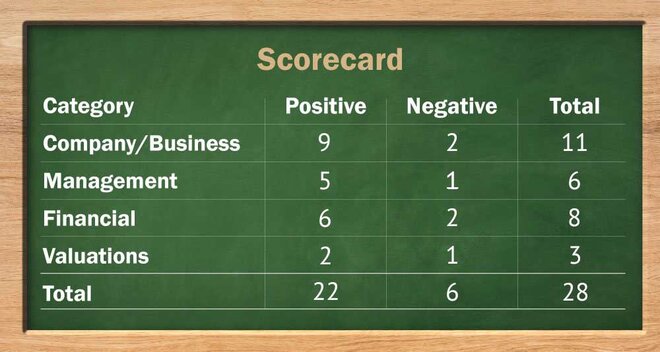 2. Will the company be able to scale up its business?

Yes, there are multiple tailwinds working to the advantage of the asset management company (AMC). These include a growing investor base driven by increasing penetration across geographies, buoyant capital markets, technological advancements and a favourable regulatory environment.
In FY20, mutual funds' AUM as a percentage of GDP stood at a mere 10.9 per cent. This is significantly lower as compared to the world average of 63 per cent or other developing regions, such as Brazil (68 per cent), South Africa (48 per cent). CRISIL expects AUM to grow at an annualised 18 per cent in the next five years. UTI AMC, with its wide distribution network and long-standing track record, is poised to benefit from this megatrend.

3. Does the company have recognisable brand/s, truly valued by its customers?

Yes, UTI manages the largest dividend yield and index fund, excluding ETFs, in India. Also, its retirement benefit pension fund is the largest in its category.

4. Does the company have high repeat customer usage?

Yes, the increasing popularity of Systematic Investment Planning (SIP), coupled with existing and new additions to its EPFO and NPS accounts, will result in high repeat customers for the company. As reported by the company, 50 per cent of its SIPs are more than five years old.

No, AMC business operates in a highly regulated business. Any major change in regulations related to a cap on the expense ratio or management fees can significantly impact the company's business.

7. Is the company's business immune from easy replication by new players?

Yes, although there are more than 40 AMCs in India, it is not easy to replicate UTI's large presence across the country with its business arrangements with EPFO and NPS.

8. Is the company's product able to withstand being easily substituted or outdated?

Yes, increasing financialisation of savings in India and increasing awareness and financial literacy will direct more household savings towards the mutual fund industry.

9. Are the company's customers devoid of significant bargaining power?

Yes, as the total expense ratio (TER) is fixed by SEBI, it leaves no scope for its customers to bargain.

10. Are the suppliers of the company devoid of significant bargaining power?

Yes, the suppliers of the company are services providers and their rates are competitively fixed, thus giving them no bargaining power.

11. Is the level of competition the company faces relatively low?

No, the level of competition is quite high in the mutual fund industry because of the presence of more than 40 AMCs. The underperformance of funds for a significant period of time can lead to redemptions and losing investors to other funds managed by competitors.

No, the company is professionally managed and does not have an identical promoter.

13. Do the top three managers have more than 15 years of combined leadership at the company?

Yes, Surojit Saha, Chief Financial Officer, has been with the company since 2003.

14. Is the management trustworthy? Is it transparent in its disclosures, which are consistent with Sebi guidelines?

Yes, we have no information which suggests otherwise.

15. Is the company free of litigation in court or with the regulator that casts doubts on the intention of the management?

Yes, there is no material litigation going on against the company.

Yes, we have no reasons to believe otherwise.

17. Is the company free of promoter pledging of its shares?

Yes, since the company is professionally managed and none of its shares are pledged.

No, the company's both current and average return on equity in the last three years has been less than 15 per cent.

19. Was the company's operating cash flow positive during the previous year and at least four out of the last five years?

Yes, the company's operating cash flows have been positive in the last three years.


20. Did the company increase its revenue by 10 per cent CAGR in the last three years?

No, the company has witnessed a decline in its revenues since FY18.

21. Is the company's net debt-to-equity ratio less than 1 or is its interest coverage ratio more than 2?

Yes, the company does not have any debt on its books and is net-debt free.

22. Is the company free from reliance on huge working capital for day-to-day affairs?

Yes, the company's balance sheet is plush with cash and cash equivalent, which puts it in a comfortable position to manage its working capital requirements. Also, it has a negative cash conversion cycle, which means it receives cash from its customers before it has to pay to its suppliers.

23. Can the company run its business without relying on external funding in the next three years?

Yes, the company is generating positive operating cash flows and has more than Rs 120 crore cash on its books as on June 30, 2020. It can run its business without relying on external funding, going ahead.

24. Have the company's short-term borrowings remained stable or declined (not increased by greater than 15 per cent)?

Yes, the company is debt-free.

25. Is the company free from meaningful contingent liabilities?

Yes, contingent liabilities account for less than one per cent of its equity.

26. Does the stock offer operating earnings yield of more than 8 per cent on its enterprise value?

No, the stock will offer a yield of over 5 per cent post IPO based on March 2020 numbers.

27. Is the stock's price to earnings less than its peers' median level?

28. Is the stock's price-to-book value less than its peers' average level?