Smoke a free cigar | Value Research https://www.valueresearchonline.com/stories/48195/smoke-a-free-cigar/ You could call it cigar butt investing or rupee stock investing, but the idea is not a great one You could call it cigar butt investing or rupee stock investing, but the idea is not a great one 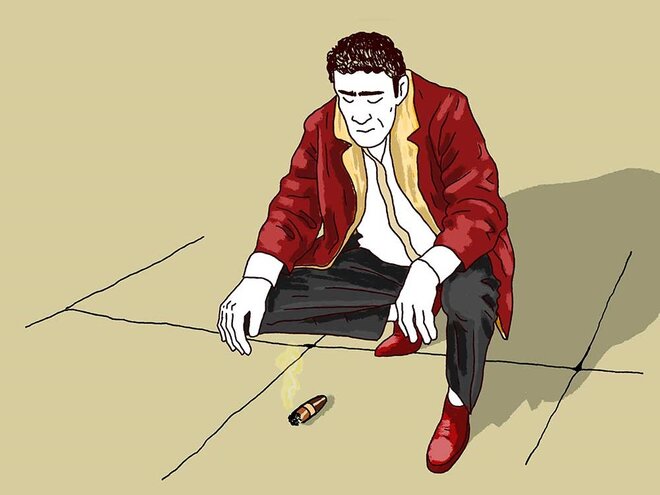 "My cigar-butt strategy worked very well while I was managing small sums. Indeed, the many dozens of free puffs I obtained in the 1950s made that decade by far the best of my life for relative and absolute investment performance."

That's Warren Buffett speaking in the 2014 edition of his annual letter to his company shareholders. The 'cigar butt strategy' is a colourful (if a little dated) colloquial investment term from Wall Street which refers to someone picking up the butt of a smoked cigar from a pavement and then relighting it to get a few free puffs. This is akin to buying a very cheap, apparently worthless stock that no one is willing to pick up and somehow getting some gains out of it. This activity is also called penny stock investing and nowadays in India, we call it rupee stock investing. The idea being that stocks that have fallen to very low prices - pennies in the US or single digit rupees in India - sometimes jump a lot on some faint good news. In percentage terms, this jump tends to be larger for rupee stocks than it would be in an equivalent situation for a higher priced stock.

Mind you, I'm not saying that this is actually the case. This is what is believed by fans of rupee stocks. Whether it's true or not, I have no idea and nor do I have any interest in finding out. Warren Buffett says some good things about it above but who is to say whether cigar butt stocks of the 1950s on Wall Street have any resemblance to rupee stocks of 2020 on Dalal Street. In recent months, as many stocks have tanked and stayed tanked despite some others rising, the temptation to dabble in rupee stocks seems to have stuck a certain subsection of equity investors. Buffett's advice would obviously be, "Don't."

As Buffett says further in the letter, "...though marginal businesses purchased at cheap prices may be attractive as short-term investments, they are the wrong foundation on which to build a large and enduring enterprise. Selecting a marriage partner clearly requires more demanding criteria than does dating... It took Charlie Munger to break my cigar-butt habits ...The blueprint he gave me was simple: Forget what you know about buying fair businesses at wonderful prices; instead, buy wonderful businesses at fair prices".

Buy wonderful businesses at fair prices. That lies at the heart of investing well. There are two adjectives in that sentence: 'wonderful' and 'fair'. Note which one Buffett puts where. He does not say Buy fairly good businesses at wonderfully low prices. He certainly does not say Buy any business as long as the price is very low.

The idea is very simple and goes to the heart of investing as it should be practiced. To quote a famous source, it's all about "the search for discrepancies between the value of a business and the price of small pieces of that business in that market." Like all those who hunt for good value, whether in stocks or while shopping in a market, one should get excited when prices fall. However, one should not get excited at everything whose prices fall.

As the prices of equity (and a lot else!) have fallen and risen over the last few months, there's a temptation to believe that because almost all stocks did badly in March and then many recovered smartly over the next months, therefore most stocks will recover and there will be a full and broad-based 'revival.' I'm sorry but nothing of the sort is likely to happen. Times like these are exactly what separates out the good, the bad and the worthless. Picking up cigar butts and chasing rupee stocks may seem like a good idea but they could easily turn out to be paisa stocks.