Speech is silver, but silence is golden | Value Research https://www.valueresearchonline.com/stories/47933/speech-is-silver-but-silence-is-golden/ In real stock investing and research, the major volume of work is silent in nature

Speech is silver, but silence is golden In real stock investing and research, the major volume of work is silent in nature 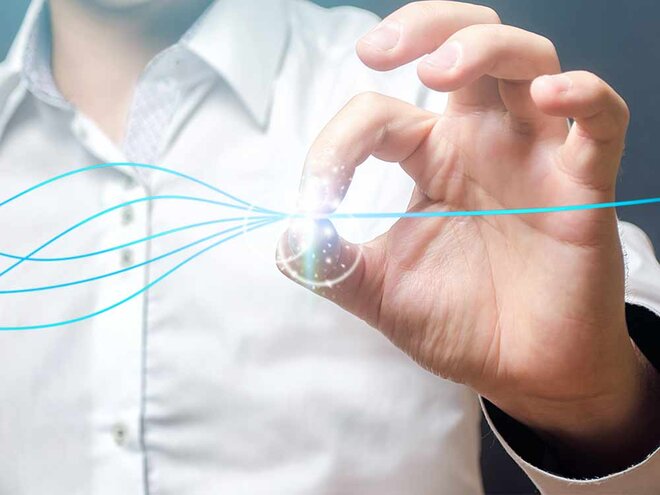 Action is only occasional. At one level, our Value Research Stock Advisor service is about nothing else except creating a list of investment-worthy stocks and keeping our customers informed about this list. To be fair, many of our customers are interested in just that. However, knowing which companies are worthy of investments is only the bare beginning of a process. Investments require monitoring, and need it for their entire lifetime.

Of course, all equity investors know this well. In fact, the problem is the opposite. It's not that investors just invest and forget but that they do too much monitoring, and all the wrong kind. A majority of stock investors watch the prices of their investments continuously, eyes peeled on CNBC TV for any trigger to which they can act. They are focused not just on the price but also other bits of news about the company, the sector, the markets, the economy or indeed anything that the business channel anchors may decide is worth shouting about on a given day.

Ignore most news...
What is described above is not a productive way of monitoring stocks. As I've pointed out many times in my writing, there is such a thing as too much information and too much news, and it's probably just as important to know what to ignore as it is to know what to pay attention to. The reason is that the human mind has a huge tendency to see patterns and connections everywhere. We like to see patterns not because they are fun, but because we believe that they have predictive value. If we believe that stocks fall on 'slowdown fears', the utility of that is if the next time the said 'slowdown fears' loom, we can sell and run. Clearly, this way of thinking is useless for anyone with an investment horizon of more than a few months.

...but not all
Does that mean that we should not monitor our investments? Far from it. Monitoring is the key to making good returns from your investments. Nor can it be done sporadically. It needs to be done continuously. However, what has to be done sparingly, and only when it's really needed, is actual action.

At Value Research Stock Advisor, we have a team of 12 people, including stock analysts and data support. All of them are working every day to monitor and analyse stocks that may become a part of our recommendations in the future and also the ones that are on the recommendation list now, but may require action at any point. This team has been hard at work since early 2017 (the service was launched in November of that year). Until now, that's about 540 person-months of work, the equivalent of one person working for 46 years, which is pretty much an entire working life. And yet, out of all this work, we have created only 53 action points! That's 45 buy recommendations, four switches to 'hold' and four switches to 'sell'. That's all.

As the boss of this team, should I be disappointed at how little work my team has done? I mean that looks like very little output for the large amount of money that Value Research has paid in salaries to this team over three years! More to the point, should paying customers of this service be disappointed at how little we have produced for them? Not quite. The real measure of investment activity is not the amount of action taken.

Over these years, we have evaluated these and other stocks on a continuous basis and rejected what could have been hundreds of trigger points that may have provoked an investor to act, either to buy or sell. Preventing wrong actions is just as much of a service as encouraging the right actions. If you look at it in terms of the volume of work, it's actually much greater work. It sounds like a strange thing to say, but the silence is as much a part of the service as the speech.

Of course, that does not mean that we are actually silent; it just means that we recommend only a few actions. We stay in touch with our customers continuously, through email, through updates and analyses on the Stock Advisor website, and through text and video interviews of the CEOs of the recommended companies. Not acting does not mean keeping oneself isolated.

Our approach of a lot of quiet, steady work and only a few careful actions is the way equity investing should be done.