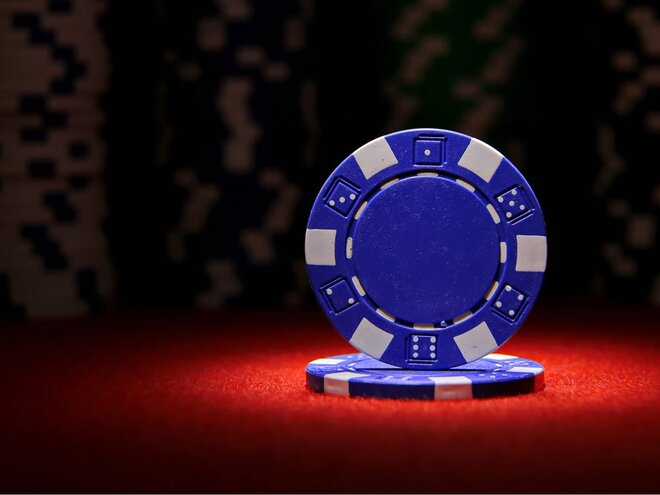 Blue-chip stocks are the shares of those big companies that are well recognised and have had a history of sound financial performance and almost no corporate governance issues. These companies command a premium given by their investors because of the predictability of their consistent earnings. However, at times, blue-chip companies trade at attractive valuations.

We looked for attractive blue-chip stocks in the large-cap space. Firstly, a blue-chip stock is supposed to have a high ROE and should be able to sustain it. Hence, we excluded companies having a five-year median ROE less than 20 per cent and the ROE should not have fallen by more than 20 per cent during this five-year period. Next, we considered earnings for which, our threshold was a minimum of 15 per cent - five-year compounded growth rate. Once we found these companies, we checked for sound earnings and financial health. Therefore, we considered the interest-coverage ratio more than two times and the debt/equity ratio under one. Finally, came the attractiveness of a stock or the valuation, for which we used the price earnings/growth ratio (PE/five-year earnings CAGR), which was set at a maximum of one time. The result was two companies: HPCL and Petronet LNG.

Hindustan Petroleum (HPCL)
HPCL, a Maharatna central public sector enterprise and a subsidiary of ONGC, owns and operates two refineries, producing a wide variety of petroleum fuels & specialities. One refinery is located in Mumbai (West Coast) with 7.5 million metric tonnes per annum (MMTPA) capacity, while the other is in Visakhapatnam, (East Coast) with a capacity of 8.3 MMTPA. The combined output for FY19 was 18.44 MT, translating into a capacity of 117 per cent for the year. The company has planned to expand its capacity to 24.5 MMTPA. HPCL also owns and operates a lube refinery, with a capacity of 428 MT, which is the largest in the country to produce lube base oils. According to the company, this lube refinery accounts for over 40 per cent of India's total lube base oil production. In addition, HPCL, in collaboration with M/s Mittal Energy Investments Pte. Ltd., is operating an 11.3-MMTPA-capacity refinery at Bathinda, wherein it has equity of 48.99 per cent. Besides, it holds equity of about 16.95 per cent in 15-MMTPA Mangalore Refinery and Petrochemicals Ltd. (MRPL).

HPCL has the second-largest share of product pipelines in India, with a pipeline network of more than 3370 km for the transportation of petroleum products. It also boasts a vast marketing network consisting of 14 zonal offices in major cities and 128 regional offices facilitated by a supply and don't use & signs distribution infrastructure comprising terminals, pipeline networks, aviation service stations, LPG bottling plants, inland relay depots & retail outlets, lube and LPG distributorships. The company has a workforce of around 10,500.

Crude oil prices have experienced high volatility over the past year on account of several reasons, such as production discipline by OPEC and non-OPEC countries, a decline in Venezuelan production, a significant increase in US production and the recent attack on Saudi Aramco's facility. Results in the first half of FY20 were down on all parameters, including sales, operating earnings and profits which fell by 4 per cent, 23 per cent and 45 per cent respectively compared to the corresponding period in the previous year. Gross refining margins stood at $1.87 per barrel in the first half of FY20 as compared to $5.93 per barrel during the corresponding period in the previous year. However, over a five-year period, its sales and earnings have grown at a compounded three and 44 per cent, respectively, thus resulting in a substantial rise in its return on equity. The deregulation of petrol and diesel prices along with a fall in crude oil prices over the years has been the driver for this substantial rise in earnings.The company trades at a PE of nine times, which is at its five-year median.

Petronet LNG
Petronet LNG imports, re-gasifies and markets LNG (liquefied natural gas) in India. It was incorporated in 1998 and is promoted by GAIL, Oil & Natural Gas Corporation (ONGC), Indian Oil Corporation Limited (IOCL) and Bharat Petroleum Corporation Limited (BPCL), with each holding a 12.5 per cent stake in the company. The company owns and operates two out of four LNG terminals in India. The Dahej plant started with a production capacity of 15 MMTPA, now operates with a capacity of 17.5 MMTPA (million metric tonnes per annum) in June 2019. Its other terminal, located at Kochi, with a total installed capacity of five MMTPA, is operating at close to 10 per cent of its total capacity, owing to inadequate pipeline connectivity.

The decrease in LNG spot prices from $8.25 per mmbtu to $4.3 per mmbtu have augured well for the company. On the other hand, volume growth of 15 per cent in Q2 FY20 was driven by higher capacity utilisation of the Dahej plant, which stood at 104 per cent. The increased utilisation of capacity, upto 50 per cent , at Kochi is expected to boost the company's revenue by around 11 per cent in the future. On the other hand, the completion of the Kochi-Mangalore pipeline infrastructure (delayed to February 2020) is likely to improve the utilisation at the Kochi terminal post and is essential for the sale of regasified gas from its Kochi plant.

In terms of financials, revenue grew 25.5 per cent in FY19, while its net profit increased 5.7 per cent. Over the last three years, ROE has been well above 20 per cent. Also, the stock has compounded investor wealth at a rate of over 22 per cent compounded annually in the last five years. When it comes to the performance in Q2FY20, higher volumes at its Dahej Plant, better utilisation at its Kochi plant and the reduced tax rates boosted profits by 90 per cent. The stock trades at 16 times earnings, below the five-year median PE of 18 times.