Three Cheers for Piyush Goyal | Value Research https://www.valueresearchonline.com/stories/46528/three-cheers-for-piyush-goyal/ The virtuous cycle is completing itself. The payoff from GST, demo and tax reforms is being reaped by those who need it most The virtuous cycle is completing itself. The payoff from GST, demo and tax reforms is being reaped by those who need it most 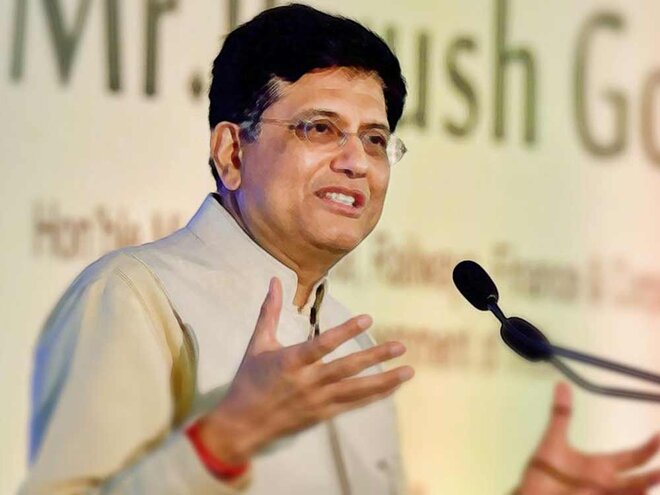 The lesson is there for all to see now: if taxes are paid honestly by those at the top (willingly or unwillingly), then the poor and the middle class can reap the rewards of progress. The huge increase in the Section 87A tax rebate has pushed a chunk--around 3 crore people--below the tax threshold. Effectively, with some tax-planning, I doubt whether anyone with a salary of less than Rs 60-65,000 a month will pay any income tax at all.

Amusingly, stand-in Finance Minister Piyush Goyal gave some tax-planning tips right there in the budget speech. This sounded a bit strange but then, being a CA by training, and an All-India rank-holder at that, I guess he couldn't resist the temptation to start giving advice on how to pay less tax! Certainly a pleasant change from the stern lawyer finance ministers we have been used to.

As Mr Goyal himself pointed out, add your PF deduction, insurance and other section 80C investments and the tax free threshold is up to Rs 6.5 lakh. If you can squeeze out a few more savings, you could be at Rs 7 lakh. Then, on top of that (this part the FM didn't spell out, obviously), most private sector employers would step in to restructure salaries which are slightly above the exempt limit. All in all, the big chunk of lower and the middle-middle class is well and truly exempted from paying any tax at all.

From my perspective of a savings cheerleader, I see another bonanza here. For taxpayers who are in the Rs 5 lakh to Rs 7 lakh range before deductions, there is now a much stronger incentive to make tax saving investments. In the low-inflation environment--which Mr Goyal pointed to with great pride--it's relatively less difficult to start saving. In any case, tax incentives play a strong role in getting middle-class Indians to save, and starting early is the best possible thing.

From a personal finance perspective, another interesting measure is the extension of the Section 54 capital gains exemption that one gets from repurchasing one house to two. Nowadays, at a certain stage in their lives, many people need to essentially exchange one older (or larger) house for two smaller or newer ones. Up till now, capital gains exemption would be available on only the proportion of the proceeds that goes in to one of those. It's encouraging to see these kind of nuts-and-bolts fine-tuning in the tax laws that results in substantially more money in the pockets of savers. The fact that this saving is available only once in a lifetime is just the kind of justified limitation that ensures that it can't be abused by those in the real estate business. The same goes for the exemption on the tax exemption on a second self-occupied house. As the FM pointed out, these are now real middle class situations, and not just a problem of the rich.

In fact, looking back at the various things that the budget could have had, one can see the fine line it treads politically. There's no doubt that this is an election budget and it's giveaways--both in terms of fresh expenditures as well as revenue foregone--are done with an eye on votes. That's something you expect in a democracy.

However, there are two things here that have the Modi stamp. One, the bang-to-buck ratio is huge. For example, for the Section 87A hike, 3 crore people get the benefit--but the benefit stays limited to those in the first tax bracket. And two, there is great care taken to not do anything that can be seen as pro-rich. I've been writing these last few weeks for the rollback of last years' capital gains tax on equity investments. However, in the context of the budget that was presented today, it's entirely understandable that such a thing was not possible. At this point of time, you can't be seen to roll back a tax that is paid mostly by the rich. That's the reality. All things considered, there's nothing to complain about, and everything to cheer about.