The sweet pill | Value Research https://www.valueresearchonline.com/stories/29520/the-sweet-pill/ Dr Reddy's Laboratories has proved to be one of the best pharma stocks as far as the growth in its revenues and profitability is concerned If you had held onto Dr. Reddy's Laboratories for the last decade, you would have also held onto the stock through one-third of the company's lifetime that has seen the company turn revenues of around ₹2,000 crore (FY05) to ₹15,000 plus crore in FY15. That's sales compounding at an annual rate of 22.3 per cent. The lucrative market that the US is has helped Dr. Reddy's compound its operating profit at a faster annual rate of 37.2 per cent during this period. Shareholders are a happy lot too, making nine times their investment in the last decade. 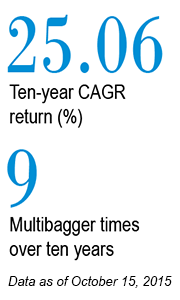 The US brings in around half of global generic revenues and has grown at a smart 31 per cent annually in the last five years. Dr. Reddy's has one of the largest ANDA (Abbreviated New Drug Application; an application for a US generic drug approval) pipelines among Indian generic players, with 225 cumulative ANDAs. It also has one of the largest over-the-counter (OTC) portfolio in the US. After making its name in the generics space, the company has turned attention to FTFs (first to file) as well as OTC drugs and other specialities like complex generics to boost its margins and lower its competition. These launches are expected to fuel the momentum of US sales growth by 21 per cent CAGR over the next two financial years (as per ICICI Securities estimates).

India brings in 13 per cent of generic revenues. In India, Dr. Reddy's ranks 17th, with a market share of 2.23 per cent. The company's largest focus group, gastrointestinal, ranks fifth largest on a pan-India basis. 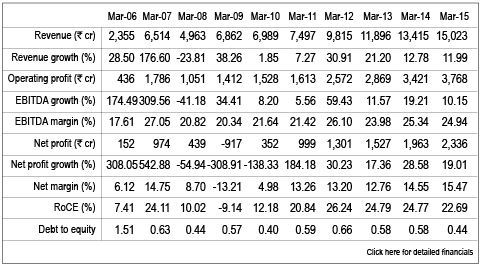