Whom would you rather choose? | Value Research https://www.valueresearchonline.com/stories/23531/whom-would-you-rather-choose/ There are many ways of leading one's life. Pick the one which will not make you envious of others 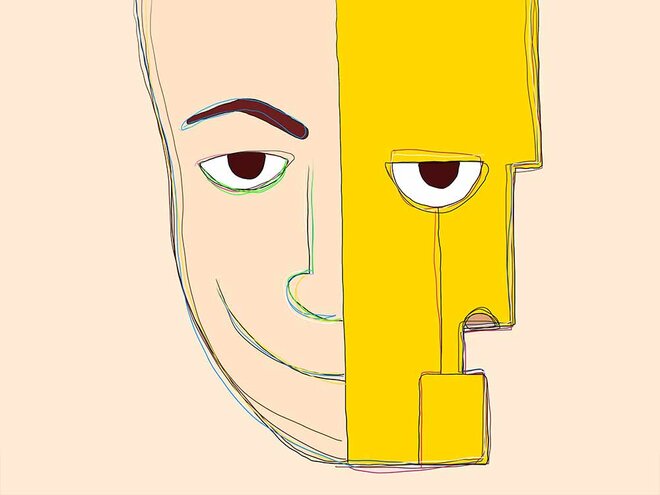 There are lucky people who go through life as a knife goes through a slab of butter. They do the same job, live in the same house or room and remain married to the same wife. I envy them, though I have often noticed they believed we are having all the fun and envy us instead.

I have a friend who left school for a job as a clerk in the railways and retired as a head clerk. He left his home in the morning for his office where he had a window table. He did whatever he was supposed to do, went down for his cup of tea or coffee after finishing his dabba, came back to his seat and left promptly at six in the evening for his little room in the suburbs. He did this for 35 years to the same flat where he was born. And he is the happiest man in the world.

I also used to have another friend, this time in London, who had been to a top school, the same prime ministers went to, but didn't have money to go to university, and joined Indian police. Why Indian? Because his father had a lowly job there, where the son was born.

The man was posted to Burma - then a part of India - where he spent six or seven years and returned home on leave. He never went back. Instead, he became a vagrant, moved from place to place and slept roughly in underground stations, where I first noticed him.

He said he wanted to be a writer but had not published anything. He picked strawberries in summer, taught at Dickensian schools, took a room in what was a slum and wrote a couple of books nobody noticed. He managed to go to Paris where he worked as a waiter, and in his spare time wrote yet another book. He also went to Spain as a journalist, got wounded there, and returned to London.

He wrote a children's book in a help-yourself coffee shop, where I first met him, and wrote yet another book which, for the first time, became a success. He also got married and adopted a son.

Two months later, he disappeared. Nobody could trace him, although his book had done well. One day, I saw him walking down the strand and was horrified of the sight. He was obviously a very sick man, though he never mentioned it. He was now working as a literacy editor to a political weekly which few people had heard of.

He still lived in the same flat in the same slum, and kept writing, though he was obviously dying. The book was Nineteen Eighty Four, a novel, which he had typed himself in an outhouse on a small island in Scotland. Four months later, he was dead, in a hospital in London.

The man, of course, was George Orwell. They said that had he lived for another year, he would have received the Nobel Prize. He had never lived in one place longer than a few months, did not hold a steady job apart from the police job in Burma, and married only once. Even before he had turned 50, he had become a world figure.

Take another man, Ernest Hemingway. The man ran through four wives and was about to take a fifth one when he shot himself in the mouth and took his life. He never held a steady job, though he had a house of his own, and had shot elephants and lions in Africa. At least four of his novels had been made into films, but he disliked the films so much, he never spoke to the directors again.

So, take your pick. Whom would you rather choose, the steady railway clerk, with a ten-to-five job, his tea in the canteen, and his regular seat in the suburban train which brought him to office and whisked him away in the evening, as fresh as a daisy? Or, the wayward geniuses like Orwell and Hemingway, who slaved all their lives over words and sentences, and whose work still lends flavour to the world we live in. Take your pick!

This column was first published in September 2013