Tales of Olivier | Value Research https://www.valueresearchonline.com/stories/22977/tales-of-olivier/ Laurence Olivier's portrayal of Richard III in a play after the last war cast a spell on audiences 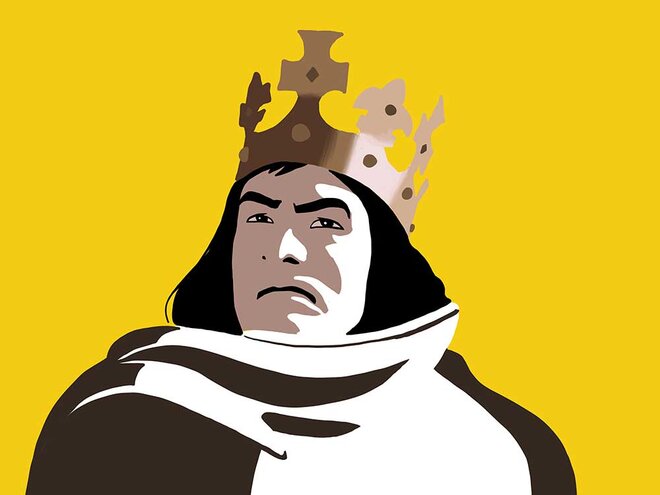 English people love their kings and queens, and, of course, their horses, though not always in that order. But that has not prevented them from chopping off their heads from time to time, though, of late, they have been more careful. If you happen to be in London on a wet day, you can stop near Horse Guards Parade in Whitehall, just across the road from Scotland Yard, and you will be shown faint grey patches, which, you will be told, are blood stains from the neck of poor Charles II, whose head was chopped off there. But that's another story.

Most kings we saw on the stage in London after World War II, were creations of William Shakespeare and Laurence Olivier, roughly in that order. Olivier was quite a rage that summer, and you could see him in person on stage in Shaftesbury Avenue, equivalent to Broadway in New York, or in films in any cinema. We used to pay five shillings, not a small sum at that time, for a theatre seat, and on a good day, you could be in or near the front row, close enough to touch the actors. During one season, Olivier appeared in Richard III, not a very popular play but it had the king going round shouting "A horse, a horse, my kingdom for a horse" - those immortal words that used to bring the house down.

I am a student of engineering and economics, not drama or poetry, and had no idea who Richard was, and didn't really care. I was interested in Olivier rather than Richard, and in watching the actor on stage every night, bleeding from head to toe, pleading plaintively for a horse as if his life depends on it, which apparently it did. Richard died on a battlefield not far from London, fighting for his dear life in what was his last battle, but apparently he was not a very likeable king, and the first to be hacked to pieces by surly English soldiers, who, for some reasons, disliked him immensely.

This had happened five hundred years before Olivier, and at least a hundred before Shakespeare, and we had all forgotten about Richard, until I read in the newspapers a few months ago that they had at last found Richards, or rather his skeleton, not far from the place where he was supposed to have been killed. They were digging for a tennis court for a nearby school, when they came across the skeleton, surprisingly in one piece for something that had been hurriedly buried after a messy war. The skeleton, with a cracked skull, a bent back and one finger missing, was indeed Richard III, the experts said, minus, of course, his horse, of whom there was no sign.

Richard was apparently a nasty piece of work, at odds with most members of his family, and, of course, his court. He had put a number of princes in jail and was about to send some more there when his demons struck. In the play, he is killed right before our eyes, as Olivier staggered from one corner of the stage to another, roaring like a wounded lion, his sword glinting in the dark, as he was eventually carried off the stage, trooped out of the theatre into the cold London drizzle.

When they found the royal skeleton, they put the bones through lots of rigorous tests, including, the papers said, DNA, and were assured by experts that this was indeed the real McCoy, preserved like Lenin in Moscow, as if waiting for Shakespeare to write the play and Olivier to act in it. It seems like a play within a play, which only another Shakespeare could do justice to.

I have half a mind to take a plane to London - the first time I visited the city was by slow boat that took fourteen days - and stand in line outside a theatre, any theatre, in Piccadilly for a ticket to Richard III or may be Hamlet or even Macbeth and watch Olivier dart from scene to scene before disappearing behind the heavy curtain. The last I saw him, he was crying, just like me and others in the crowded theatre, for one always cries at the end of a Shakespeare play, just as one does after a sad song by our own dear Lata!