Delhivery IPO: How good is it? | Value Research https://www.valueresearchonline.com/stories/50807/delhivery-ipo-how-good-is-it/ The logistics and supply chain startup, Delhivery, has come out with an IPO. Here is a set of questions (and answers) that will help you to make an informed decision about it. 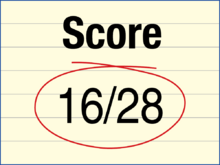 In our previous part of Delhivery IPO story, we read about the key details of the IPO along with important information about the logistics major. Here we will answer some questions about Delhivery and evaluate it on parameters like management, financials, valuations, etc.

2) Will Delhivery be able to scale up its business?
Yes. The company has planned to use the issue proceeds to scale up the existing business by setting up offices and growing the support team. It is also trying to find inorganic growth opportunities to expand the business.

3) Does the company have recognisable brands truly valued by its customers?
Yes. Although brand recognition is not present in the B2B segment, the company has managed to gain a reputation among its customers, such as large e-commerce operators.

4) Does Delhivery have high repeat customer usage?
Yes, many of its customers have been associated with the company for many years and use multiple services.

5) Does the company have a credible moat?
No. Though the company's huge presence can be considered a moat, its direct competitor, Mahindra logistics, also has almost the same level of presence. Sufficient spending can bring them to the level of Delhivery.

6) Is the company sufficiently robust to major regulatory or geopolitical risks?
Yes. Although the company provides cross-border services that involve global clients, the revenue derived is not significant.

7) Is the business of the company immune to easy replication by new players?
Yes. It is extremely difficult for a new player to set up such a vast network and incorporate such a level of automation in its operations.

8) Is the company's product able to withstand being easily substituted or outdated?
Yes. Logistics is a growing sector as the penetration of e-commerce and direct to consumer businesses are growing rapidly.

9) Are the customers of the company devoid of significant bargaining power?
No. The company's top five customers contributed 42.6 per cent of revenue during FY21, and large e-commerce customers form the most part. If they choose to switch clients, Delhivery will face an adverse impact.

10) Are the suppliers of Delhivery devoid of significant bargaining power?
No. The suppliers are network partners such as truck fleet owners, warehouses, etc. They can choose to switch companies and are not bound to the company.

11) Is the level of competition the company faces relatively low?
No. Although the company is a leader and has managed to grow rapidly, other listed players are also in the same space. Mahindra logistics has almost the same level of reach as Delhivery.

15) Is the company free of litigation in court or with the regulator that casts doubts on the management's intention?
Yes, the company is free from any material litigation. But investors must be aware of the few pending litigations, such as criminal proceedings against Chairman Deepak Kapoor. He was charged with defamation when he was a chairman in another entity, 15 complaints against the subsidiary Spoton, a case by the municipal corporation of Greater Mumbai for operating a warehouse without a license, etc. All these proceedings are pending and have not been quantified.

17) Is the company free of promoter pledging of its shares?
Yes, since the company is professionally managed, it does not have any identifiable promoter. CEO Sahil Barua and CTO Kapil Bharti have pledged their shares, but the pledging as a percentage of total shareholding post issue is negligible at 0.2 per cent.

20) Did Delhivery increase its revenue by 10 per cent CAGR in the last three years?
Yes. The company's revenue grew by 48 per cent from FY19 to FY21.

23) Can the company run its business without relying on external funding in the next three years?
No. The company has been burning cash regularly. The cumulative operating cash outflow from FY19 to nine months ended FY22 is Rs 1,573 crore. Although the issue proceeds will help them, any aggressive expansions and acquisitions may make them raise more money in the near future.

26) Does the stock offer an operating-earnings yield of more than 8 per cent on its enterprise value?
No, the company has been reporting negative operating earnings during the last three years.

27) Is the stock's price-to-earnings less than its peers' median level?
No. The company has been posting losses. Peer's median price to earnings is 49.7 times.

28) Is the stock's price-to-book value less than its peers' average level?
Yes. The company will trade at a price to book value of 3.5 times as opposed to peers' median level of 10.3 times.