Sapphire Foods IPO: Information analysis | Value Research https://www.valueresearchonline.com/stories/49968/sapphire-foods-ipo-information-analysis/ This franchisee of Pizza Hut, KFC and Taco Bell is coming out with an offer for sale. Should you bid for its shares?

This franchisee of Pizza Hut, KFC and Taco Bell is coming out with an offer for sale. Should you bid for its shares? 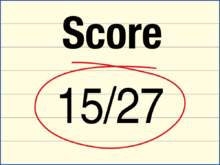 Sapphire Foods is another franchisee of the globally reputed fast-food company Yum! Brands that has come up for listing. Earlier in the year, we had Devyani International, also a franchisee of Yum! Brands. The company is among the largest operators of quick-service restaurants (QSR) in India and is also Sri Lanka's largest international QSR chain operator in terms of revenue and number of restaurants, as of March 31, 2021. It also has a small presence in the Maldives.

The company primarily operates three international brands:
KFC: A global restaurant brand focussed on selling fried chicken with over 25,000 outlets in over 140 countries. Sapphire Foods operates 209 KFC stores in India and the Maldives, as of June 30, 2021.
Pizza Hut: One of the largest pizza chains in the world with over 17,000 restaurants. Sapphire Foods operates 239 Pizza Hut stores in India, Sri Lanka and the Maldives.
Taco Bell: It is the world's largest Mexican-inspired restaurant chain in terms of store count. The company operates 2 stores in Sri Lanka, as of June 30, 2021.

All combined, the company operates 482 stores in India, Sri Lanka and the Maldives, as of September 30, 2021. 2. Will the company be able to scale up its business?
Yes, the company has been expanding its stores at a CAGR of 7.8 per cent from 376 stores in FY19 to 437 stores in FY21 and plans to increase its store network following its omnichannel strategy and by optimising restaurant size.

3. Does the company have recognisable brand/s, truly valued by its customers?
Yes, the company operates a franchisee chain of globally renowned brands such as KFC, Pizza Hut, and Taco Bell.

4. Does the company have high repeat customer usage?
No. Though FY20 and FY21 have been exceptional years due to the pandemic, the company's stores have historically witnessed very low same-store sales growth compared to its peers.

5. Does the company have a credible moat?
No, the company faces stiff competition in the industry from both international QSR as well local restaurant chains.

7. Is the business of the company immune to easy replication by new players?
No, there are companies in the casual dining segment that are moving into the QSR space. Moreover, the increasing popularity and lower capital expenditure requirement of cloud kitchens also make them a competitor.

10. Are the suppliers of the company devoid of significant bargaining power?
Yes, the company sources its raw materials from vendors that are pre-approved by the franchisor and meet international safety and quality standards.

11. Is the level of competition the company faces relatively low?
No, the company operates in a highly competitive foodservice industry with a lot of players.

13. Do the top three managers have more than 15 years of combined leadership at the company?
No. As the company has been operating in the QSR business since 2015 only, the senior management has been with the company for less than 15 years.

17. Is the company free of promoter pledging of its shares?
Yes, the promoters' shares are free of any pledging.

26. Does the stock offer an operating-earnings yield of more than 8 per cent on its enterprise value?
No, the stock will offer a yield of 2.4 per cent post-IPO based on a TTM basis.

27. Is the stock's price-to-earnings less than its peers' median level?
Not applicable. Since the company is loss-making, the P/E ratio is not applicable.