PB Fintech (Policybazaar) IPO: Information analysis | Value Research https://www.valueresearchonline.com/stories/49941/pb-fintech-policybazaar-ipo-information-analysis/ This fintech company is all set to get listed. Find out if you should bid for its shares.

This fintech company is all set to get listed. Find out if you should bid for its shares. 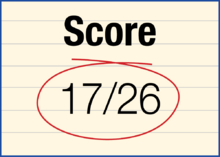 Incorporated in 2008, this professionally managed company has built India's largest online platforms for insurance and lending products. PB Fintech owns two brands - Policybazaar (68.5 per cent of FY21 revenues) and Paisabazaar (31.5 per cent of revenues). Policybazaar, the company's flagship brand, was launched in 2008 in a bid to increase awareness of insurance and provide transparent and convenient access to buying insurance policies online. As per an F&S report, it is India's largest digital-insurance platform, accounting for 65.3 per cent of all digital-insurance sales in India by volume in FY20.

Paisabazaar, on the other hand, was launched in 2014 to provide easy access to various types of credits to its users. As per an F&S report, it is India's largest marketplace for digital-consumer credit, with a market share of 53.7 per cent based on disbursals in FY21. Paisabazaar is also widely used to access credit scores and as on June 30, 2021, a total of 22.5 million customers accessed their credit scores through this platform.

The company generates revenues through commissions by selling insurance and additional services to insurer partners, as well as commissions earned from its lending partners through Paisabazaar. Besides, it provides online marketing, consulting and technology services to its insurer and lending partners. Earlier only registered as a web aggregator, Policybazaar has recently received the license to work as a direct insurance broker, which will relax certain regulations related to the company's commissions and offline-sales ability. 2) Will the company be able to scale up its business?
Yes, the company has an asset-light business model, which allows it to scale up its business faster than traditional businesses. COVID-19 has already propelled the demand for health insurance. Besides, the rapid digital adoption led by the growing penetration of the internet and smartphones is expected to increase the demand for digital insurance. Through its IPO proceeds, the company plans to invest significantly in marketing activities to promote its brands, attract new customers and increase its offline presence through retail stores.

3) Does the company have recognisable brand/s, truly valued by its customers?
Yes, its brands Policybazaar and Paisabazaar are highly recognised and popular brands in India in the digital insurance and lending sectors.

4) Does the company have high repeat customer usage?
Yes. Owing to the nature of the products offered by the company, renewals are quite common. So, the company enjoys long-term customer retention. As stated by the company, around 70 per cent of customers who bought health-insurance policies through its platform in 2014 have continued to renew their policy through the platform.

6) Is the company sufficiently robust to major regulatory or geopolitical risks?
No, the company's primary revenue source is the commissions it earned by selling insurance products. These commissions are regulated by the IRDAI. Therefore, any change in the maximum commissions charged can adversely affect its business.

7) Is the business of the company immune from easy replication by new players?
No. Since it is a technology-based company, its business model can be easily replicated.

10) Are the suppliers of the company devoid of significant bargaining power?
No, the company derives a significant portion of its revenue from a few major vendors. Also, insurers and lending partners can decide not to list their products on the company's platform and opt for direct selling.

15) Is the company free of litigation in court or with the regulator that casts doubts on the intention of the management?
Yes, the company is free of any material litigation. However, a civil suit was filed against Mr Kaushik Dutta, a whole-time independent director, along with 127 others, by Satyam Computer Services in 2012 for the breaches of fiduciary, statutory and contractual obligations.

17) Is the company free of promoter pledging of its shares?
Yes, since the company is professionally managed, it does not have any identifiable promoter.

21) Is the company's net debt-to-equity ratio less than one or is its interest-coverage ratio more than two?
Yes, the company was net-debt free as on June 30, 2021.

24) Have the company's short-term borrowings remained stable or declined (not increased by greater than 15 per cent)?
Yes, the company is debt-free.

26) Does the stock offer an operating-earnings yield of more than 8 per cent on its enterprise value?
No, the company has been reporting negative operating earnings over the last three years.

27) Is the stock's price-to-earnings less than its peers' median level?
Not applicable. No other listed company is engaged in a similar business. Also, the company has reported negative earnings or losses in the last three years.

28) Is the stock's price-to-book value less than its peers' median level?
Not applicable. Post-IPO, the company's stock will trade at a P/B of 7.7 times.