Paras Defence & Space Technologies IPO: Information analysis | Value Research https://www.valueresearchonline.com/stories/49767/paras-defence-and-space-technologies-ipo-information-analysis/ This manufacturer of defence and space-related products is raising Rs 170 crore through its IPO. Should you bid for its shares? Find out now.

This manufacturer of defence and space-related products is raising Rs 170 crore through its IPO. Should you bid for its shares? Find out now. 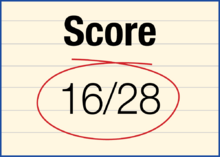 Based in Mumbai, Paras Defence and Space Technologies designs, develops, manufactures and tests products related to defence and space engineering. Incorporated in 2009, it has emerged as a major player in all product segments, including defence electronics, defence optics, EMP (electromagnetic pulse) hardening and heavy engineering. Unlike its competitors, it is involved in manufacturing products in all product segments. It is the sole manufacturer of critical-imaging systems in India. Besides, it is the only player involved in EMP protection on a turnkey basis. Under this, it builds machines and sells them as a whole rather than in parts.

The company's product portfolio comprises defence and space optics (infrared lenses, large-size optics and optical domes), defence electronics (rugged control system and rugged displays for defence applications), EMP solutions (EMP racks, EMP cabinets, shielded doors and onsite installation) and heavy engineering (flow-formed tubes, titanium structures and heavy dynamic structures with built-in optimisation). The company generates around 80 per cent of its revenues from defence-related products and 20 per cent from space-related products. However, since the company has a wide range of products, the contribution of these products to the total revenue keeps changing. Its optics segment generated 45.3 per cent of revenue, heavy engineering generated 26.4 per cent and defence electronics and EMP solutions combinedly generated 28.3 per cent of the total revenue in FY21. Exports accounted for around 15 per cent of the revenue and it is expected to grow in the future.

India has been witnessing geopolitical tensions across its borders with China, Pakistan and Afghanistan. This has resulted in the government initiating the modernisation of defence equipment faster than ever before. Also, in line with the Atmanirbhar Bharat programme, the government is reducing its dependence on imported defence materials and has already allocated $9.48 billion for domestic procurement, which will help the company in the future.

Strengths
1) It is one of the leading IDDM (indigenously designed, developed and manufactured) companies. IDDM companies take care of everything in-house, right from designing products to delivering products to customers without any outsourcing.
2) The company has a unique nanotechnology machining centre in Navi Mumbai, which makes it a leading provider of optics. Also, it is the only Indian company to have design capability for space-optics and opto mechanical assemblies.
3) It is the only company to provide all four major products, comprising defence electronics, defence optics, EMP hardening and heavy-engineering capabilities in the industry.
4) The company already had an order book for Rs 305 crore for various products as on June 30, 2021.
5) Given growing geopolitical tensions, the Atmanirbhar Bharat move in the defence sector and the increasing interest in space exploration, the company's future potential seems bright.

Weaknesses
1) The company majorly depends on government contracts. If there is any change in priority or reduction in the allocation for defence and space, the company's business may face the brunt. Any delay or inconsistency in payments from the government may harm its cash flow.
2) It mostly undertakes only fixed-price contracts where the amount to be paid is decided beforehand. So, if there is an increase in the material or labour costs, the company cannot recover the costs from its clients.
3) Around 60 per cent of the company's revenue comes from the top five customers. If any adverse situation arises that affects its top five customers, it will put a dent in the revenue.
4) Being involved in the defence and space sector, the company has to adhere to strict quality regulations and various other regulations. If clients find the company's products unsatisfactory, not only current contracts but even future contracts will be cancelled.
5) The company requires huge working capital. In 2021, its working-capital requirement was around 112 per cent of its total revenues. 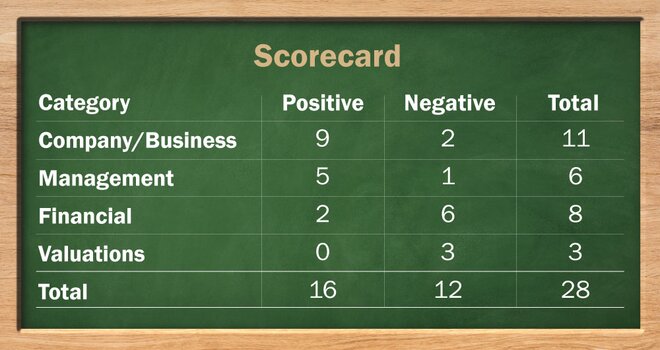 3) Does the company have recognisable brand/s, truly valued by its customers?
Yes. When it comes to defence contracts, the company is a preferred partner, owing to its quality and variety of product offerings.

4) Does the company have high repeat customer usage?
Yes, the company has been offering its services to the public-sector undertakings, including Bharat Electronics, Hindustan Aeronautics and private-sector companies, including TCS and Solar Industries India, for years.

5) Does the company have a credible moat?
Yes, the company is a leader in defence optics and the only entity having design capabilities for space optics. It also offers a wide range of defence-related products in all the major segments, unlike its competitors.

6) Is the company sufficiently robust to major regulatory or geopolitical risks?
Yes, the company does not have major exposure to the international market and it has also adhered to all the regulatory requirements so far.

7) Is the business of the company immune from easy replication by new players?
Yes, the company is immune to new entrants. It exists in an industry that is highly regulated and requires brand recognition from customers.

9) Are the customers of the company devoid of significant bargaining power?
No, one of its major customers is the Government of India and government contracts can be won only through tenders. The company that quotes the least amount of money for production wins the contract. Besides, its customers' ability to cancel the contract if any criterion is not met gives them a huge advantage over the company.

13) Do the top three managers have more than 15 years of combined leadership at the company?
Yes, its Chairman Mr Sharad Virji Shah and Managing Director Mr Munjal Sharad Shah have been with the company since its inception and also have more than two decades of experience.

15) Is the company free of litigation in court or with the regulator that casts doubts on the intention of the management?
No, the company has 12 cases regarding tax claims against it but it does not cast any doubt on the management's intention.

17) Is the company free of promoter pledging of its shares?
Yes, the promoter's shares are free of pledging.

20) Did the company increase its revenue by 10 per cent CAGR in the last three years?
No, the company's three-year revenue CAGR has been -3.7 per cent.