Anupam Rasayan IPO: Information Analysis | Value Research https://www.valueresearchonline.com/stories/49088/anupam-rasayan-ipo-information-analysis/ This specialty-chemicals company is raising Rs 760 crore through an IPO. Should you bid for its shares? Here's the full analysis to help you make up your mind.

This specialty-chemicals company is raising Rs 760 crore through an IPO. Should you bid for its shares? Here's the full analysis to help you make up your mind. 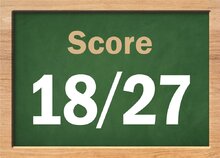 A boom phase is going on for specialty chemical players in India with several of these companies commanding rich valuations. Anupam Rasayan is the latest entrant to this party. The company is involved in custom synthesis and manufacturing of specialty chemicals. Custom synthesis means the exclusive synthesis of compounds a company carries out on behalf of its customer. The company's products are used as additives, ingredients or intermediates in its customers' final products.

The company, over the years, has built strong relationships with various companies including Syngenta Asia Pacific, Sumitomo Chemical Company and UPL, helping it to grow its exports revenue to 68 per cent for FY20, with its major export market being Europe (36 per cent). Further, the company has also managed to increase its commercialised products from just 15 in 2015 to 41 in December 2020.

The chemical sector in India has benefitted in recent years from the China effect. First, the environmental crackdown in China on pollution-causing chemical plants in 2015 led to sudden supply-side problems, thereby benefiting the Indian players. And now, the pandemic is leading global companies to reduce their dependence on China. However, there is a long way to go for the $22 billion Indian specialty industry, which represents just 1-2 per cent of the world's exportable specialty chemicals as of today.

To reap the benefits of this trend, Indian chemical players have been doing massive capex spends. Anupam Rasayan has invested more than Rs 680 crore in the last three years (till FY20) and has more than doubled its capacity to 23,438 MTs.

Now, the company is raising around Rs 760 crore through its IPO, out of which around Rs 564 crore would be used towards paying off existing debt. The company is also looking forward to ramping up its two recently commenced facilities. Further, it is also looking forward to adding more number of large customers, especially focusing on the Japanese market. 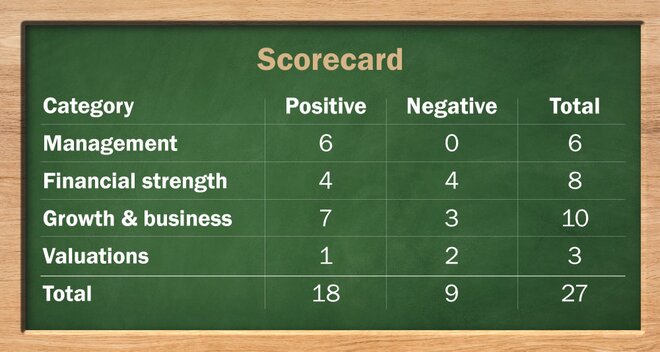 2. Will the company be able to scale up its business?
Yes. Since 2017, the company has been on a capex drive. It has done a capital expenditure worth more than Rs 680 crore in the last three years (till March 2020). Currently, the overall capacity utilisation stands at around 75 per cent. Availability of ready excess capacity, strong tailwinds like the supply chain shift from China to India, government-led push, emergence of custom synthesis players for the specialty chemicals sector and India's low share (1-2 per cent) in exports of specialty chemicals provides the company with an opportunity to scale up its business smoothly.

3. Does the company have recognisable brand/s, truly valued by its customers?
Not applicable. The company is involved in custom synthesis and manufacturing of specialty chemicals. Its customers are mainly B2B players. In such a business, the application of brands is of little consequence.

5. Does the company have a credible moat?
Yes. Customers of custom synthesis and manufacturing companies work very closely with each other. This involves sharing of confidential information, process knowledge and other important business information. The whole process of acquiring new customers is a long process taking around 12 to 24 months with multiple levels of complexities. Such challenges provide a credible moat to custom synthesis players.

6. Is the company sufficiently robust to major regulatory or geopolitical risks?
No. The company meets around 22 per cent of its raw material needs from imports, including close to 12 per cent coming from China. Further, around 68 per cent of its revenue in FY20 came from exports. Hence exposing the company to geopolitical risks. Moreover, the hazardous nature of company's products makes it vulnerable to regulatory scrutiny and changes.

9. Are the customers of the company devoid of significant bargaining power?
No. The top 10 customers of the company account for around 87 per cent of its revenue. Since the customers basically outsource a critical part of their business to custom synthesis players such as Anupam Rasayana, they enjoy substantial bargaining levers. These levers range from maintaining a minimum amount of inventory, indemnity to customers from losses arising on account of the company's inability to meet product specifications and more such things. Further, the company enters into a single-selling-price contract with its customers every year while the inventory is purchased multiple times. This, in effect, leads to an elongated working capital cycle.

11. Is the level of competition the company faces relatively low?
No. The $20 billion specialty chemicals sector in India is highly competitive with a number of players. The industry started experiencing a major tailwind ever since the Chinese government started cracking down on pollution-causing chemical companies in 2015. Yet, China accounts for approximately 17-18 percent of the world's exportable specialty chemicals, whereas India accounts for only 1-2 per cent. Presence of multiple domestic and international players makes specialty chemicals a competitive space to be in.

17. Is the company free of promoter pledging of its shares?
Yes. None of the shares of the promoter are pledged.

19. Was the company's operating cash flow positive during the previous three years?
No. The cash from operations was negative in FY18, while it turned positive in FY19 and FY20.

22. Is the company free from reliance on huge working capital for day-to-day affairs?
No. For various reasons, the company maintains a substantial amount of inventory on its balance sheet and hence its inventory days have ranged 6-7 months, which is way higher than the industry average of 1.5-2.5 month. Post the IPO, the company would carry a Rs 25 crore working capital loan and would require short-term loans for smooth functioning of its businesses.

23. Can the company run its business without relying on external funding in the next three years?
Yes. The company has done substantial capex in the last three to four years and has recently commenced two new facilities. The overall capacity utilisation of the company (as of December 2020) stood at around 75 per cent and the management is looking forward to ramping up utilisation without incurring any new capex spend in the near future.

The stock/valuations
26. Does the stock offer an operating-earnings yield of more than 8 per cent on its enterprise value?
No. Based on post-IPO enterprise value of Rs 5754 crore and twelve month operating earnings as of December 2020, the yield would be around 2.5 per cent.

28. Is the stock's price-to-book value less than its peers' average level?
Yes. Based on equity post the IPO, the stock would trade at a P/B of around 3.5, which is lower than its peers' median P/B of 6.9.