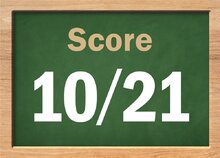 Home First Finance Company India Limited (HFFC) was incorporated in 2010. As its name suggests, the company is predominantly involved in providing home loans, with a focus on affordable housing. Promoted by private equity funds, it has a loan book of Rs 3,730 crore.

With a network of 70 branches, the company currently operates in 11 states, which account for around 79 per cent of the affordable-housing finance market in India. Almost 80 per cent of its loan portfolio is concentrated in just four states (Gujarat, Maharashtra, Tamil Nadu and Karnataka), with Gujarat alone constituting almost 40 per cent to its portfolio.

The company also offers construction finance, loans for purchasing commercial property and loans against property to both salaried and small business owners/self-employed customers.

Asset quality: The very fact that the company lends to borrowers who belong to the middle- and lower-income sections of the society increases the possibility of loan defaults. The pandemic has had an adverse impact on many such borrowers and this was reflected in an increase in the number of loans which were 30-day past due as of October 2020. This proportion of loans, which were 30 days past due, jumped from 1.6 per cent in March 2020 to 3.1 per cent and the management expects the number to remain elevated for the upcoming quarters. Although the stated net NPA ratio was 0.5 per cent as on September 30, 2020, given the Supreme Court's order which prevents the bank from recognising NPAs, the real value of NPAs is higher.

Valuation: Given that the company allotted shares on a preferential basis to private equity firms and its employees at Rs 334 just three months ago, its current asking price of Rs.517-518 seems a bit steep. Also, the 63 per cent CAGR in its AUM in the last three years was achieved on a smaller base and is likely to decrease in the future.

Competition: Although the affordable-finance market is growing, there is a lot of competition in this segment. It may be difficult for the company to compete with larger companies who benefit from higher economies of scale as reflected in their lower cost of funds. 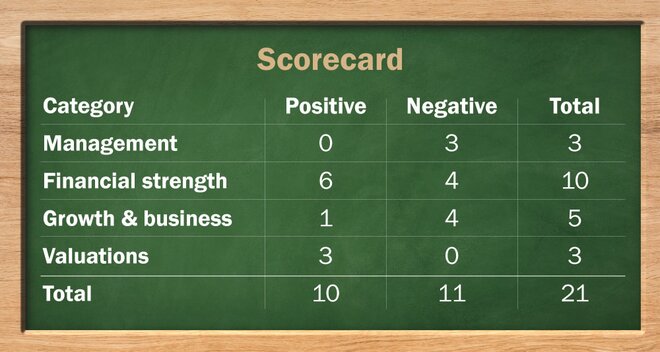 1. Is the company free of any regulatory penalties?
No, National Housing Bank penalised the company multiple times in the past, with the latest one being in October 2020. Penalties were imposed for varied reasons, such as incorrect classification of data, failure to carry out a secretarial audit, etc.

2. Does the company provide for its non-performing assets (NPAs) adequately? More specifically, is the ratio of provisions to gross NPAs more than 50 per cent?
No, the company has provided for only 33 per cent.

3. Do the top five managers have stock as a meaningful part of their compensation (more than 50 per cent)?
No.

4. Has the company increased its Net Interest Income (NII) by 20 per cent annually over the last three years? (Net interest income is the difference between the revenue that is generated from a bank's assets and the expenses associated with paying out its liabilities).
Yes, the net interest income has gone up by 2.4 times.

7. Can the company run its business without relying on any external funding in the next three years?
No, the lending industry is very capital intensive and there will always be a need for additional capital for expansion.

8. Did the company generate an average NIM of more than 3 per cent in the last two years? (Net interest margin or NIM denotes the difference between the interest income earned and the interest paid by a bank or financial institution relative to its interest-earning assets like cash).
Yes, its NIM for FY2019 and FY2020 stood at 5.5 per cent and 5.4 per cent, respectively.

10. Does the company have a cost-income ratio of less than 50 per cent?
Yes, the cost-to-income ratio for FY20 was around 35 per cent.

3. Does the company have a recognisable brand truly valued by its customers?
No. Even though the company is doing things uniquely, its internal technological workings will not be known to consumers, especially when the nature of business is such that there is hardly any repeat business.

4. Does the company have a credible moat?
No. This is because anybody can emulate the company's business practice - considering informal sources of income during the credit-appraisal process and using technology.

2. Is the company's price-to-book value less than its peer median level?
Yes. While Aavas Financiers is trading at a P/B value of 6.72, the upper band of issue price values Home First at a P/B ratio of 3.6.

3. Is the company's PEG ratio less than one? (The price/earnings to growth ratio (PEG ratio) is a stock's price-to-earnings (P/E) ratio divided by the growth rate of its earnings for a specified time period).
Yes. It has been 0.39 for the last three years.