This was quite a relief for those investors who could not make their tax-saving investments in March because of the lockdown. The extension was across investments falling under the Chapter VIA-B of the income tax act. However, the lockdown was extended longer, which might have caused difficulty for many investors. The following data from AMFI shows that the gross inflows in tax-saving funds were at the lowest level during April and May 2020 as compared to the inflows during the same period of the last four years. 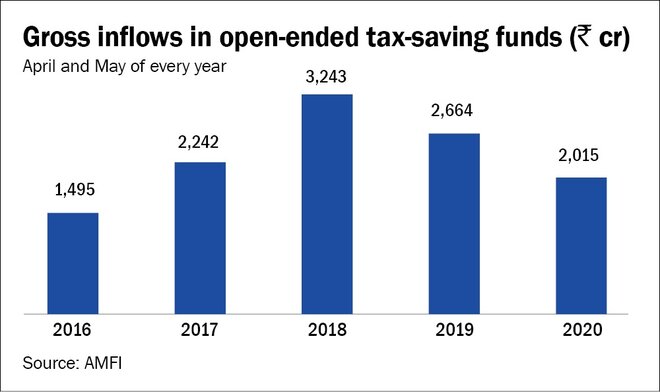 Luckily, the government has extended the deadline again and now tax-saving investments for the financial year 2019-20 can be made till July 31. So, all those who have not been able to invest so far, you still have time to invest.