IRCTC IPO: Information analysis | Value Research https://www.valueresearchonline.com/stories/47367/irctc-ipo-information-analysis/ IPO on track!!! Can the monopoly of IRCTC withstand the tide of change? IPO on track!!! Can the monopoly of IRCTC withstand the tide of change? 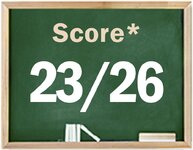 A central public sector enterprise, Indian Railway Catering and Tourism Corporation (IRCTC) is wholly-owned by the Government of India and under the administrative control of the Ministry of Railways. The IPO of IRCTC is part of the government's ambitious disinvestment programme aimed at raising Rs 1.05 lakh crore in the current financial year.

The company operates four business segments, namely internet ticketing (12 per cent of FY19 revenues), catering (55 per cent), packaged drinking water (9 per cent) and travel and tourism (23 per cent of revenues).

Weakness
Being in the catering business, the company has to maintain high-quality standards. Failure to do so can adversely affect the company's operations. In the past, there were many complaints about the food quality and water provided by IRCTC.

Risks and concerns
The company is highly dependent on the policies of the Ministry and Railways and operations of Indian Railways. Any change in the policies in relation to the monopoly enjoyed by the company in catering, internet ticketing and packaged water segments can adversely affect the company's future profitability. 2. Will the company be able to scale up its business?
Yes. Increasing internet penetration, greater affordability of smartphones, increased demand for online ticket booking and e-catering is likely to attract new customers.

3. Does the company have a recognisable brand (s), which is truly valued by its customers?
Yes, the company is the only entity authorised by Indian Railways to provide catering to railways, online railway tickets and packaged drinking water at railway stations and trains in India.

5. Does the company have a credible moat?
Yes, the company will tend to enjoy the above-mentioned credible moats till the time there are any changes in policies by the Ministry of Railways.

6. Is the company sufficiently robust to major regulatory or geopolitical risks?
No, any changes in the policies set by the Ministry of Railways can adversely affect the company's business and operations.

7. Is the company's business immune to easy replication by new players?
Yes, the company operates at a very large scale all across India. Therefore, it is very difficult for a new player to replicate the scale of the business. Further, the Ministry of Railways has restricted the entry of private players, which makes it a monopoly business.

8. Are the company's products able to withstand being easily substituted or outdated?
Yes, customers planning to buy online railway tickets have no other option to buy tickets from any other portal.

9. Are the customers of the company devoid of significant bargaining power?
Yes, the fees charged by the company are primarily determined by the Ministry of Railways.

10. Are the suppliers of the company devoid of significant bargaining power?
Yes, the company's suppliers are mostly in the catering segment, wherein contract prices and licensee fee are predetermined through tenders.

11. Is the level of competition the company faces relatively low?
Yes, the company enjoys a dominant position in acting as an intermediary for Indian Railways' service offering to the public.

13. Do the top three managers have more than 15 years of combined leadership at the company?
No, but the top management has a meaningful experience in the railway sector.

14. Is the management trustworthy? Is it transparent in its disclosures, which are consistent with Sebi guidelines?
Yes, we have no information which suggests otherwise.

16. Is the company's accounting policy stable?
Yes, we have no significant reason to believe otherwise.

17. Is the company free of promoter pledging of its shares?
Yes, the promoter's shares are free of the pledge.

21. Is the company's net debt-to-equity ratio less than one or is its interest coverage ratio more than two?
Yes, the company is debt-free.

23. Can the company run its business without relying on external funding in the next three years?
Yes, the company has sufficient cash and bank balances and generates positive free cash-flows, which are sufficient for operations.

24. Have the company's short-term borrowings remained stable or declined (not increased by greater than 15 per cent)?
Yes, the company is free from any short-term debt.

25. Is the company free from meaningful contingent liabilities?
No, the company has several tax proceedings, totalling more than Rs 225 crore (21.6 per cent of the net worth).