Two Bluechips at Bargain Prices | Value Research https://www.valueresearchonline.com/stories/46559/two-bluechips-at-bargain-prices/ With investors showing an aversion to promoter adventurism and high levels of debt, we went back to basics to identify solid companies

With investors showing an aversion to promoter adventurism and high levels of debt, we went back to basics to identify solid companies 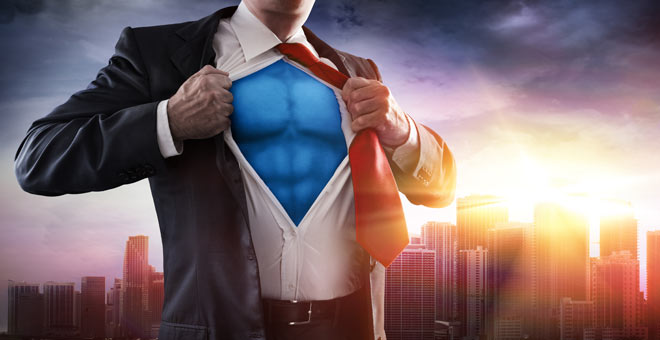 These are testing times for investors as corporate governance standards of Indian companies are being questioned yet again. With some companies with high promoter pledges making headlines, the market developed an aversion to all companies where promoters pledged a substantial portion of their holdings. This aversion led to a fall of nearly 30-40 per cent many of these stocks. Keeping in mind the risk aversion in the markets, we decided to look for blue chip stocks with a consistent track record of performing well in the past. To identify such companies we applied some filters based on fundamentals,cash flow conversion ability and valuations.

Fundamental filters based on return on equity and earnings growth gave the assurance that the company was growing its earnings and consistently enhancing the shareholder value. While a filter based on free cash flows assured that these companies have sufficient cash to get through the downturns. Finally, we applied a filter based on price earnings to growth eliminated the companies that have done well but trade at pricier valuations with respect to their growth.

Finally we ended up with two time tested stocks which have not only gone through the full business cycle but also came from a strong promoter background. One has given new definition to motorcycles, while other is setting up the path for technology driven future.

Eicher Motors
Founded in 1948, Eicher manufactured its first indigenous tractor of India in 1959. It is the parent company of Royal Enfield, India's oldest motorcycle company in continuous production. It manufactured its first motorcycle in 1901 and is well known for its Bullet motorcycles. Currently, Eicher is a leader in middleweight segment bikes ranging from 250cc to 750cc. Its dominance can be understood from its market share of 91 per cent in mid-size motorcycles segment in FY18. Eicher also has a joint venture with Volvo under which it manufactures trucks and buses. It commanded a market share of 32 per cent in domestic light to medium duty segment (4.9 - 15 tonne) in FY18.

On the financial front, Eicher has clocked an impressive earnings growth of 42 per cent in last five years on the back of improvement in operating margins. It has also generated Rs 3,900 crore in free cash flows after incurring capital expenditure of Rs 3,500 crore in last five years.

But, what differentiates Eicher from its peers is its premium range of bikes, which helps it distinguish itself from competition and also helps command higher margins. Eicher's bikes have such aura that lovers of its bikes once waited for around six months to get delivery of its bike. Its newly launched 650 cc bikes also have a waiting period of three months.

Eicher`s stock has also been one of the favorites on dalal street compounding its investors wealth by more than 57 per cent in last 10 years. However, its stock has corrected by more than 25 per cent in last one year on the back of slowdown in production due to labour strikes, introduction of superior safety norms, floods in Kerala and fear of rise of potential new competition(Jawa Bike). It also trades at 26.7 times its earnings, which is at a steep discount to its 5 year median earnings of 47 times.

Tata Elxsi
Incorporated in 1989, Tata Sons is the parent company of Tata Elxsi. Tata Elxsi can also be said as the futuristic company, a company, which believes future will be driven by technology. Tata Elxsi provides design and technology services primarily to automotive, broadcast, communication, consumer electronics, healthcare and transportation industry. It operates in three segments -- embedded product design (EPD), industrial design and visualization and system integration, which contributed 86 per cent, 10 per cent and 3 per cent to its revenue, respectively, in first nine months of FY19.

Tata Elxsi has shown a consistent revenue growth of more than 16 per cent in the last five years, while its earnings have risen by 37 per cent during the same period. It has also consistently delivered return on equity of more than 35 per cent in all five years. Its ability to convert sales into cash is visible from the fact that it has generated free cash flows of more than Rs 600 crore in last five years, which comes out to be around 11 per cent of its total sales during that period. It is not surprising that its stock has compounded at the rate of 35 per cent in the last five years. It currently trades at 19 times its earnings, which is well below its five-year median of around 30 times.

Increasing use of technology in automobiles, rapid digitisation (4G and 5G), increasing demand for OTT (over the top) content on smart phones/televisions/tablets, digital airports (industrial design and visualization segment) and internet of things are future drivers of company's growth.