After nine years of its inception, Indo Star is planning to raise funds to expand its housing and vehicle finance portfolios to charter its growth course 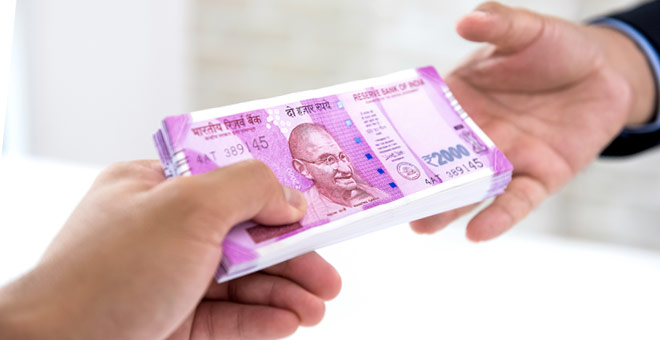 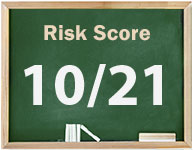 Indo Star Capital Finance is a part of Everstone Group which is a private equity firm with focussed operations in India and Southeast Asia. Set up in 2009 Indo Star initially focussed only on corporate lending. It currently operates in four segments of lending which include corporate lending, SME lending, vehicle finance and housing finance. The corporate and SME lending accounts for 76.7 per cent and 22.7 per cent of its loan book respectively. These two segments have a combined customer base of 897 customers. It has made a recent foray into housing finance and vehicle finance businesses. The two segments combined comprise 1 per cent of the loan book and have a customer strength of just 357. As of December 31, 2017 the size of its loan book stood at Rs 5,147 crore.

Pros
Entry in New Business Lines
Its entry into housing finance and vehicle finance will be future drivers of its growth. Its housing finance division comprises of two business lines: Affordable housing (started in September, 2017) and Retail housing (started in March, 2018). It also entered into vehicle finance business in November, 2017 which will further add to its growth.

Diversification
Increasing focus on diversifying its product mix will reduce its dependence on one business line. It has gradually decreased its dependence on corporate lending from 99.8 per cent in FY15 to 76.8 per cent as on December 2017 of total credit exposure. It is expected to reduce further with entry into new businesses.

Growth
Its loan book and net interest income have grown at a healthy rate of 25.2 per cent and 19 per cent during FY13 to December 2017.

Cost of Borrowing
Its cost of borrowing has gradually decreased from 11.9 per cent in FY15 to 9.1 per cent as of December, 2017. Even though their borrowing costs have declined, they still remain above their peers. 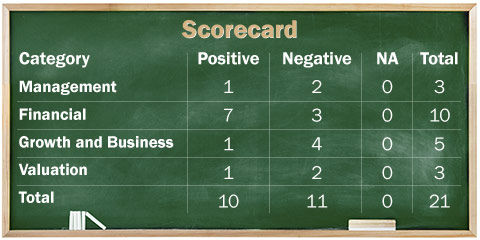 Management
1. Has the company been free of any regulatory penalties?
Yes, however RBI has found some deficiencies in its inspections related to calculation of capital adequacy ratio, credit appraisal process, interest rate pricing and potential NPA accounts.

2. Does the company adequately provide for its non-performing assets (NPAs)? More specifically, is the ratio of provisions to Gross NPAs more than 50 per cent?
No, its provision coverage ratio was just 20.5 per cent as of December,2017. It may have to make additional provisions in future due to increasing trend of NPAs.

3. Do the top five managers have stock as meaningful part of their compensation (More than 50 per cent)?
No, Company has ESOP Plan. But, no meaningful ESOPs were given to key managerial personnels as part of FY18 compensation package.

Financial Strength and stability
1. Does the company have fresh slippages to total advances ratio of less than 0.25 per cent? (Fresh slippages are loans which have become NPAs in the last financial year).
No, Indo Star had fresh slippages of 1.47 per cent of its last year's AUM based on FY17 financials. Company`s gross NPA increased from Rs 10 crore in FY16 to Rs 72.7 crores in FY17 leading to higher slippages.

4. Did the company increase its Net Interest Income (NII) by 20 per cent annually over the last four years? (Net interest income is the difference between the revenue that is generated from a bank's assets and the expenses associated with paying out its liabilities).
Yes, its net interest income has grown by 28 per cent during the 2013-17 period. It grew from Rs 124 crore in FY13 to Rs 332 crore in FY17.

7. Can the company run its business without relying on external funding in the next three years?
No, the company is expanding its housing and vehicle finance business which may lead to higher capital requirements in the near future. Its sustainable growth rate (maximum growth a company can achieve without being dependent on external funding) is also close to 12 per cent which is less than its current growth rate of close to 30 per cent.

10. Does the company have a cost-income ratio of less than 50 per cent?
Yes, its five year average cost to income ratio stands at 17.2 per cent. But, it has increased to 27.6 per cent for the nine months period till December 2017.

1. Will the company be able to scale up its business?
Yes, the company is currently expanding its housing and finance vehicle portfolio. Geographically, most of its exposure is in and around Mumbai. By adopting the twin mode of expanding geographically while growing its new portfolios, it has huge scopes of growth. Moreover, government push towards affordable housing will further give it an impetus.

3. Does the company have a recognizable brand, truly valued by its customers?
No, it is a small company operating in a highly competitive industry where interest rates play a very vital role. Player offering lower interest rates will capture the market.

4. Does the company have a credible moat?
No, size is a big moat in the lending business with big and well-diversified lenders protected better from defaults. Indo Star is a small company with a small book size and with little ability to withstand major financial shocks.

5. Is the level of competition faced by the company, relatively low?
No, it operates in a highly competitive industry. It faces stiff competition from large banks, small finance banks, non banking financial companies and microfinance companies.

1. Is the company's price to earnings ratio less than its peer median level?
No, it is priced at a PE of 27 based on post IPO fully diluted earnings which is slightly above the industry median PE of 25.8.

2. Is the company's price to book value less than its peer median level?
Yes, its price to book stands at 2.05 based on fully diluted post IPO basis which is less than the industry median of 3.34.

3. Is the company's PEG ratio less than 1? (The price/earnings to growth ratio (PEG ratio) is a stock's price-to-earnings (P/E) ratio divided by the growth rate of its earnings for a specified time period).
No, its PEG ratio stands at 1.03 times based on 4 year CAGR earnings growth.