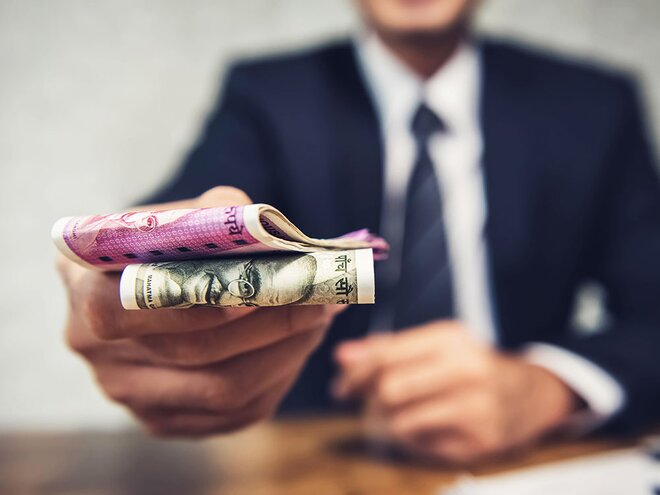 In recent times, after the collapse of interest rates on fixed deposits, there is a heightened interest in using equity based mutual funds as a source of regular income. This realisation that bank fixed deposits are a poor way of earning an income hasn't come a day too soon. On an inflation adjusted basis, fixed deposits (and other interest bearing assets) were always a bad bet. In reality, for deriving a regular living income, specially for long periods as in retirement, equity mutual funds or balanced funds are by far the best option.

There are three reasons for this: One, a lower tax rate. Two, taxation only on withdrawal. And three, higher returns. Taken together, this effectively closes the argument. Let's see how.

Let's examine FDs first. Suppose you have Rs 1 crore as savings from which you need a regular income. In a bank FD, a year later, it will come up to Rs 1.07 crore. So you have earned Rs 7 lakh, effectively Rs 58,000 a month, right? Only in theory. Assuming an inflation rate of 5 per cent, if you want to preserve the real value of your Rs 1 crore and continue earning for years, you must leave Rs 1.05 crore in the bank. That leaves Rs 2 lakh that you can spend, which is just a paltry Rs 16,666 a month! This means that if you need Rs 50,000 a month, you need to have Rs 3 crore. Of course, at that level, income tax also kicks in and about Rs 30,000 a year will have to be paid. It's actually even worse, because the tax has to be paid whether you realise the returns or not.

The situation is very different when, instead of receiving interest, you are withdrawing from an investment in a hybrid (balanced) mutual fund. Unlike deposits, these are high earning but volatile. In any given year, the returns could be high or low, but over five to seven years or more, they comfortably exceed inflation by six to seven per cent or even more. For example, over the last five years, a majority of equity funds have returns of 12 to 14 per cent annually or more, some as high as 20 per cent. The returns may have fluctuated in individual years, and that's something that the saver has to put up with, but this is the way to defeat the threat of old age poverty.

In such funds, one can withdraw four per cent a year and still have a comfortable safety margin. On top of that, the tax is much lower. Instead of being added to your income, as with interest income, you have to pay capital gains tax on withdrawal. As long as the period of investment is greater than one year, returns from equity funds are taxed at 10 per cent. So for a monthly income of Rs 50,000 a month, Rs 1.5 crore will suffice instead of Rs 3 crore in case of FDs. And no matter how high your savings and expenditure is, it's still taxed at 10 per cent.

However, the tax advantage has yet another hidden factor. Let's say you invest Rs 10 lakh in a mutual fund. A year later, the value of the investment has increased to Rs 10.80 lakh. Now, you want to withdraw the Rs 80,000 you have gained. In your holding, 7.4 per cent is the gain and the rest (92.6 per cent) is the original amount you invested. When you withdraw any money, the withdrawal shall be considered (for tax purposes) to consist of the gains and the principal in this same proportion. Therefore, of that Rs 80,000, only Rs 5,926 will be considered gains and will be added to your taxable income. Obviously, this makes a big difference in the tax you pay.

The bottomline is clear: in every possible way, it is better to draw your earnings as regular withdrawals from an equity mutual fund, rather than as interest income. The SWP (Systematic Withdrawal Plan) facility is available for regular withdrawals from every open-ended fund. In fact, we are seeing specific schemes that facilitate this. For example, SBI Mutual Fund has launched a 'Bandhan' SWP which is meant for cases where the investment of one person has to serve as a source of regular income for someone else in the family. There will probably be others soon.

For the reasons that I've discussed above, the time for using interest earned as income is gone. The sooner savers realise this, the better off they will be.