Premium pharma player: Divis Labs | Value Research https://www.valueresearchonline.com/stories/34878/premium-pharma-player-divis-labs/ Divis generated an average ROCE of 33 per cent, which is one of the best among its peers

Divis generated an average ROCE of 33 per cent, which is one of the best among its peers

After explaining the filters and mentioning which companies were successful in passing through them in the first part, we continue with the series by bringing before you one cash flow leader each day. Today, we bring before you a major pharma contract manufacturer--Divis Laboratories.

Divis Laboratories was founded in 1990 by Murali Divi, who is well known for the revival of Cheminor, a sick contract manufacturing firm acquired by Dr. Reddy's Laboratories. Murli Divi earlier worked as a director with Dr. Reddy's. 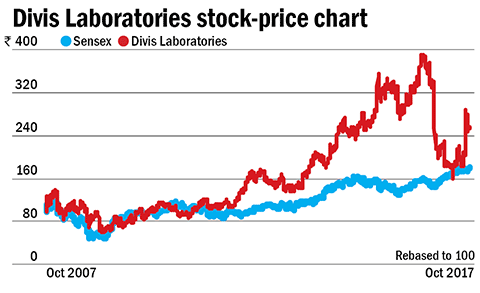 Cash-flow generation ability of Divis is an outcome of its superior margins, even though it operates in the API (active pharmaceutical ingredients) business, which is a low-margin business and contributes 50 per cent of its revenues. In the last five years, Divis generated an average ROCE of 33 per cent, which is one of the best among its peers.