Yesterday once more | Value Research https://www.valueresearchonline.com/stories/34590/yesterday-once-more/ Infrastructure funds do an encore of 2014 in 2017. Here's a detailed look 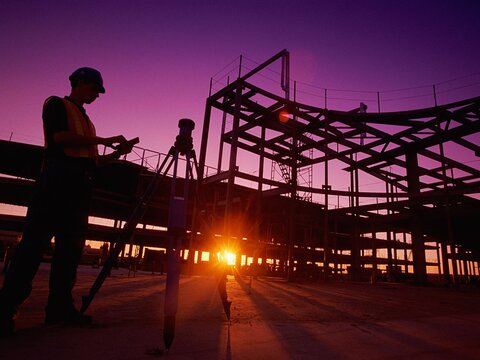 For most part of their journey, equity funds give lumpy returns - losses stacked together and gains bunched together, often spaced out by many years. One cursory look at the performance of equity infrastructure funds in 2017 makes this amply clear. When the worst-performing fund in a category has given you 27% returns year to date, you know that its been a great year. After a couple of silent years, equity infra funds are back in the reckoning. Let's take a detailed look.

Children of bull market
During bull markets, fund companies often sell themes. Launched in the previous bull market, i.e., 2004 to 2008, infra funds haven't exactly lived up to the hype surrounding them. From a layman's point of view, infrastructure seems to the easiest way to make money. Who doesn't need more infrastructure in an exploding economy, right? However, the ground reality has been very different. This is because infrastructure, even though an attractive investment area, has been beset with problems that investors didn't anticipate. Funding, huge reliance on government for approvals and debt-laden poor financial outcomes took the sheen away from the sector. Plus, the net asset value losses 2008 and 2011 shook the confidence of investors. The last infra fund was launched in March 2011, an indication of the interest in this theme. As on September 30, 2017, equity infra funds managed over Rs 11,000 crore of investor money.

One must remember that thematic portfolios don't work like diversified funds since the former contain concentrated bets. This is why thematic funds are suited to investors with high risk appetite and those who can play the waiting game well.

On this link, take a look at how infra funds performed in the last six completed calendar years.

2017 a year of salvage
In many ways, 2017 has been a year of super liquidity for equity markets. Markets are awash with money, and investors are looking for new ideas to invest. The focus is also back on infrastructure. Financial stocks have done extremely well this year, and this has turbo-charged any infra fund that had good exposure to the sector. Construction, engineering and energy stocks too have performed, thereby ensuring that a standard infrastructure fund portfolio is reasonably placed. Much like 2014, infra funds have therefore made good money for investors who hanged on to them. Both L&T Infrastructure Fund and IDFC Infrastructure Fund have given 50% returns year to date, making them the best in this category. There are numerous funds with returns in the 30-45% zone. In fact, the three worst performing funds this year have given 32.59%, 31.92% and 27.48% return.

Here is a look at how infra funds performed across different time-periods this year.

Government spending and focused push towards sectors such as roads, railways, housing and power could lead to greater opportunities to infrastructure players, apart from the benefit of increased transparency in the system. A number of infrastructure-related government schemes and the introduction of new regulatory measures are expected to help organised players in the infrastructure space over the medium to long term, placing infrastructure and ancillary stocks on an attractive footing.

Now let us look at the top holdings of some of the biggest infra funds. A detailed analysis of the 5 biggest funds in this category shows some interesting results.

Thirdly, we found that some big funds have taken good exposure in the energy space. ICICI Prudential Infrastructure has bet on NTPC, Tata Power, Power Grid, GAIL, ONGC and Coal India. Franklin Build India has invested in IOC, NTPC, ONGC and BPCL, amongst others. UTI Infrastructure Fund has invested in shares of GAIL, Indraprastha Gas and Petronet LNG.

The positioning of individual portfolios of 22 infra funds is crucial for understanding where will gains come from in the future. As of now, high-beta banking and finance names have lifted infra funds. If private sector capex restarts in the future, infrastructure-linked companies will start reflecting the on-ground realities, says fund managers.