RBI has a lot to do before it can bring in portability | Value Research https://www.valueresearchonline.com/stories/33820/rbi-has-a-lot-to-do-before-it-can-bring-in-portability/ RBI Dy Gov Mundra's talk of account portability is welcome, but RBI must solve other problems first 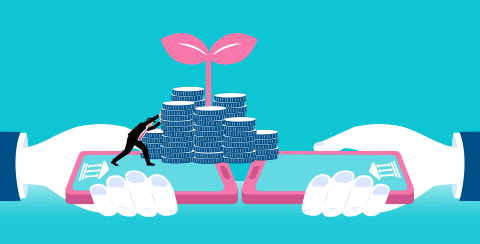 Obviously, there was a spate of news stories discussing the issue, all of them decorated by mostly anonymous quotes from bankers who hate the idea. The parallel with mobile number portability was mentioned universally, as was the fact that no other country in the world has bank account portability.

Of course it goes without saying that bank account portability should be implemented in India as soon as possible. However, portability by itself will not solve the deep dysfunction that exists in the way Indian banks treat their customers. In fact, if the public debate were to shift to portability alone, at the cost of other changes that are needed, then that will be to the detriment of customers.

Let's step back and examine the assumptions that are at work here. Why is everyone assuming that shifting from one mobile operator to another is the only parallel here? As consumers living in a (mostly) free-market economy, you are constantly porting from one supplier of a good or service to another. Over the last year or so, from preferred e-commerce site to ISP to car service center to shirt brand, I've ported many of the businesses I patronise. Choosing between vendors and switching from one to another is the lifeblood of a free-market in which consumers have a chance of being served well. If you see which are the products or services you are satisfied with, there will be a direct correlation with the ease of porting.

However, the first step in the ease of porting is not the mechanism for switching, or the procedure that is to be followed. Two other things are needed before that. One, the transparent availability of information on the basis of which the consumer can make a choice. And two, the existence of alternatives that are demonstrably better.

Do either of these conditions exist in the case of Indian banks? Absolutely not. I appreciate what Mr. Mundra is doing, but the RBI has utterly failed in creating either of these pre-conditions which are needed to make portability a practical success. As a customer, can I get a single consolidated list of ALL possible charges, fines and fees that is guaranteed to be complete? From ANY bank in India? Which the bank cannot unilaterally hike without signing a fresh contract which I have a right to refuse? Can we have a system under which banks cannot take away my money unless I give it to them? As I've written earlier in these pages, what we need is a fundamental change to banking laws so that whenever a bank has to charge (or fine you), they should send you bill and you make a payment against that bill. They should not be allowed to just take your money, just like other businesses are not allowed to do so.This is just the tip of the iceberg--there are so many other issues like this.