GST may be harder than it looks | Value Research https://www.valueresearchonline.com/stories/33733/gst-may-be-harder-than-it-looks/ Implementation of the GST will be a tough job, but not for the reasons you think

GST may be harder than it looks

Implementation of the GST will be a tough job, but not for the reasons you think 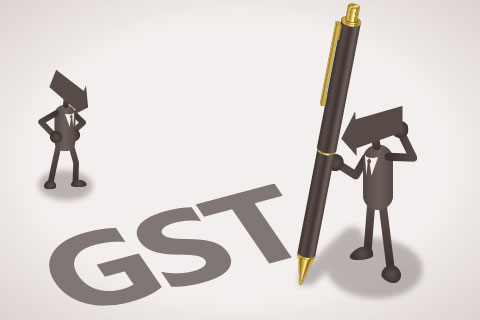 Are you a businessman? If you are, then it's statistically likely that you cheat on taxes. From the roads you drive on to the army that defends you, your share is partly paid for by others, mostly by salary-earners who can afford it less than you can. Don't get offended (or get offended because I actually don't care) but the fact is that a majority of Indian businesses pay less taxes than they should.

The Goods and Service Tax is primarily designed to fix this cheating. Coupled with this stick, there's the carrot of a single nationwide market across which tax credit will be available. Both depend on what is the core deliverable of GST: No matter where in the country a business buys its inputs and no matter where it sells its outputs, there will be a single tax chain where each stage will be offsettable against the last. Most importantly, all this will happen through a unified, transparent, digital interface to which all governments and all businesses in the country will be connected.

It will be hard to evade this because breaking the chain will be visible across the system. Moreover, the inevitable linkage to direct tax will mean that it will be progressively harder to cheat on income tax as well. None of this will be 100 percent effective, but the impact will still be huge. For once, the hyperbole is justifiable-the GST really is as important as it's billed to be. There is no doubt that it will be transform the Indian economy. There is also no doubt that the transition will be painful.

However, there's a special problem with India's taxation system that could be worsened as GST rolls out, one that puts a huge onus of implementation on the central and state governments. There's a reason why tax avoidance is so widespread among businesses, and this reason has stayed mostly out of the public debate: It's almost impossible for an honest business to compete with one that does not pay taxes. Some commentators mention this impact but always fail to understand that the differential compounds over years. Over one year, the difference could be perhaps 20 per cent of turnover. However, over a number of years, it is impossible for the taxpayer to compete.

Consider two entrepreneurs who set up business at the same time. One pays tax and one doesn't. The differential in their incomes over one year may be 10 per cent of turnover, but over some years, the tax-cheat would have a business that is several times larger than the taxpayer. This plays out even worse at a retail level. In a marketplace where some shopkeepers are able to avoid VAT or any other tax, do others have the option at all to charge it?

This is the truth about taxation that businesspersons know, but economists and policymakers don't seem to appreciate. In almost any business that you care to name, if any one player is able to get away with not paying tax then others no longer have a choice. They must also cheat on taxes to stay in business.

This places a huge responsibility on those managing the implementation of GST. As tax-avoidance becomes more difficult, it must be ensured that compliance is complete and uniform. The difficult part is that this has to be done with tax-collection organisations which have institutionalised corruption. A few months ago, a friend who runs a mid-sized business in an industrial area in Western UP told me that he had been instructed by the local tax officials to strictly refrain from paying any tax and deal only by bribing them. The reason, as the officials frankly explained, was that they had paid bribes of several crores each to get their lucrative postings. However, with a government change looking imminent in the state, they had to ensure that they could recoup that amount before the elections. While some states may be worse than others, I'm sure this kind of a thing happens across the country.

Can the GST be implemented rigorously in this environment? I honestly don't know, but I'm sure that this is what will make or break GST as a reform.