The secrets of Buffett's success | Value Research https://www.valueresearchonline.com/stories/33717/the-secrets-of-buffett-s-success/ Here is why Warren Buffett became mega rich, while those who invested with him lagged behind

The secrets of Buffett's success Here is why Warren Buffett became mega rich, while those who invested with him lagged behind 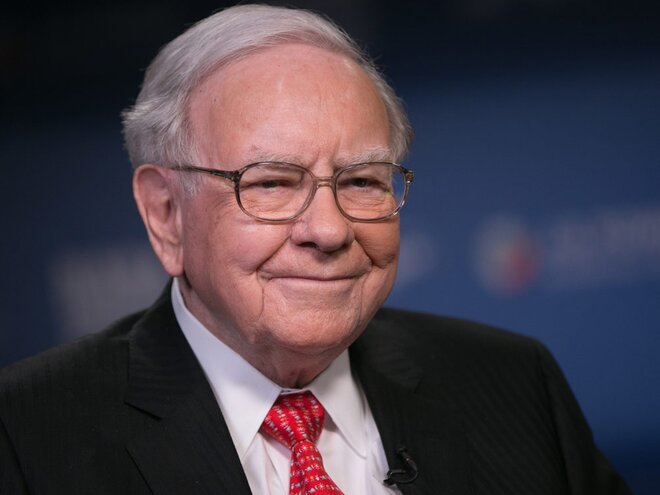 Let me start this column with what is possibly the mother of all cliches - Warren Buffett is the most successful stock-market investor of all time. Buffett, unlike many others, started investing professionally very early in life.

As Edward O. Thorp writes in A Man for All Markets: From Las Vegas to Wall Street, How I Beat the Dealer and the Market, "Warren... started his first investment partnership, Buffett Associates, Ltd., in 1956 at the age of 25 with $100,100. He told me with a laugh that the $100 was his contribution. After starting ten more partnerships he merged them all into Buffett Partnership, Ltd., early in 1962."

In 1967, Buffett decided that it was becoming more and more difficult to find undervalued companies in the stock market. This was primarily because the stock market was doing really well at that point of time. Large-company stocks had gained 38 per cent over a two-year period. In comparison, small-company stocks had gone up by a massive 150 per cent during the same period.

The money that Buffett managed for a dozen years, compounded at a rate of 29.5 per cent a year. This was before he took his investment fee of one-fourth of the gains. Also, Buffett generated returns in each of those years, unlike the stock market. As Thorp writes, "Before taxes, $1 for Buffett's limited partners grew to $16.29. Each of Warren's own dollars, growing without the deduction of his fees, became $28.80."

Suppose you were an investor with Buffett at that point of time, what would you do? It doesn't take rocket science to say that you would want to continue investing with Buffett. But what happened was very interesting.

Buffett gave his investors the option of cashing out or taking some equity in two companies owned by the partnership. One of these companies was a troubled textile company called Berkshire Hathaway. As Thorp writes, "Partners would get a payout consisting of at least 56 per cent cash, possibly some scraps of cash in assorted companies, and an estimated 30 to 35 per cent, for those who chose not to have them sold for cash, in two companies-Diversified Retailing and a New England textile company called Berkshire Hathaway."

Buffett distributed $100 million to the partners. Of this around $25 million was Buffett's. His personal investment had grown to this huge amount through the investment fee he charged and the growth of the reinvestments he made in the partnership. Over and above the $25 million that he got, Buffett ended up with half of Berkshire's stock.

This basically meant that a large chunk of Buffett's investors who constituted the investment partnership chose to cash out, i.e., they received payments in cash instead of holding on to the stock of Berkshire Hathaway. This basically meant that the partners in Buffett's investment partnership lost an opportunity to make tonnes of money in the years to come.

An estimate made by Businessinsider.com points out that Berkshire Hathaway's stock price increased by huge 1,000,000 per cent between December 1964 and December 2015. During the same period, the rate of return of the overall market, measured through the S&P 500 index, was about 2,300 per cent.

So, the question is why did the partners in Buffett's investment partnership decide to cash out. Didn't they realise the fact that Buffett was an excellent investment manager, given his past track record with them? Or was there something more to this?

It turns out that Buffett was extremely negative about stocks at that point of time. As he said in a letter he wrote to his partners, "For the first time in my investment lifetime, I now believe there is little choice for the average investor between professionally managed money in stocks and passive investment in bonds."

So, here was an individual who would go on to become the greatest stock-market investor of all time, asking his investors to invest in bonds. Further, Berkshire at that point of time was what Buffett's guru Benjamin Graham had called a cigar butt, a stock you could pick up cheap and get one last puff out of it. The textile operations of Berkshire were no great shakes at that point of time.

What does all this tell us? Everyone who talks about the investment success of Warren Buffett should also talk about the fact that in the late 1960s when he liquidated his partnership, he didn't see his coming success. Accordingly, he asked his investors to buy bonds. In the process, many investors couldn't gain from the huge return that the investment in Berkshire Hathaway eventually generated. Of course, it is only fair to say that these investors could have sold out of Berkshire stock in the years to come. It would have taken a lot of patience to stay invested in the stock for a period of close to five decades.

The bigger lesson here is that very few people actually end up gaining from the biggest stock-market success stories. This to some extent explains why money made out of investing in the stock market tends to be concentrated in a very few hands.

Buffett is a very good example of the same. He is among the richest individuals in the world and not his investors.

This story was originally published in April 2017.