The dying Indian dream | Value Research https://www.valueresearchonline.com/stories/33211/the-dying-indian-dream/ A combination of international and domestic factors is likely to keep investors away from India and the economic growth subdued 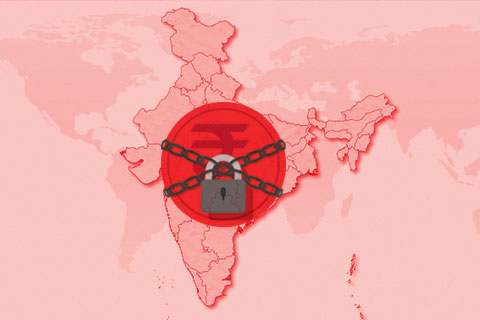 On economic matters, the stand of the new US president-elect is unclear at best. As a candidate, Trump enunciated at least three different tax policies. While details are still to emerge, what seems indicated is that there will be a significant change in tax policies and international trade policies of the incoming administration. This has serious implications for India.

Key expectations
A recurring theme across all pronouncements of the new team suggests a significant lowering of individual, but more importantly, corporate tax rates. Candidate Trump proposed that corporate tax rates be lowered to 15 per cent from the current marginal rate of 35 per cent. In addition, there are indications that incentives will be offered to corporates to repatriate money held in other, low-tax countries of the world.

The current US tax laws require US companies to pay taxes when repatriating the income earned abroad back to the country. This has led to companies leaving money in overseas destinations, while financing operations in the US through the use of tax-deductible debt.

What is left unclear is the source of funding for these plans, which are expected to reduce income to the government by over $9 trillion over a decade, especially in the context of a promise to not take on new debt or resort to deficit financing. How to fit this square peg into a round hole may be a problem for US economists, but the tax suggestions could be a problem for other economies, including India.

If the target of the Indian government is to make tax rates more attractive to foreign investors, many of whom are from the USA, the goal posts have shifted significantly. A tax rate of 25 per cent after four years is no longer as attractive as compared to 15 per cent in the current year. Additionally, an incentive to repatriate to the US will ensure that the investment plans for India and other emerging-market countries may be significantly slowed. Coupled with potentially higher domestic interest rates, corporate America has an incentive to reduce debt, adding to the pressure to reduce overseas investments.

Unattractive growth
Besides taxes, a key reason for any investor to look outside their home market towards countries like India is the potentially higher and sustained growth rates. Here too, the Indian story continues to disappoint. The BSE Dollex 100 (index in dollars) is at the same level now as it was in October 2008 - a sad state of affairs for a country that apparently boasts amongst the highest economic growth rates in the world. Unfortunately, the outlook for investors still looks clouded.

The cost of global capital will go up this year as central banks around the world move to raise rates. Additionally, India has re-negotiated tax treaties with Mauritius and Singapore, which offered overseas investors preferential tax treatment for India-bound investments. Higher taxes will mean requirement of higher returns.

Domestic growth: Revival still some time away
Domestic growth has been crippled by a series of steps by the government. At every opportunity, the central government has emphasised revenue collection over helping consumption growth. For all of the time that global oil prices were falling, almost the entire benefit was shared between oil-marketing companies and the government. Indian consumers pay the same amount per litre of fuel now as they were paying when crude prices were twice as high. Government deficits are lower but so is the spending power of consumers. What happened to counter-cyclical expansion?

The latest release of data from CSO indicates that government consumption accounts for almost a third of the incremental demand. This is what would be expected in a centrally planned and government-driven economy - not one where the government claims to be a pro-private enterprise. The outlook for the year ahead seems equally bleak. Near-term growth will be suppressed by demonetisation. In the second half, GST implementation, which was expected to reduce tax burden, is likely to do the exact opposite. Not only are planned tax rates really high, just in case an industry does inadvertently benefit, there is an 'anti-profiteering clause' that clearly forces companies to reduce prices to the extent of benefit of lower taxes. Since this is going to be a contentious issue, tax litigation will likely spurt - again contrary to the stated goals of the government.

Putting it together, slow Indian growth; higher international interest rates; higher taxes for India, while lower for the US; and a reviving US economy won't spur global investor interest in India. Unless something changes dramatically over the next few months, the revival of domestic demand will remain a chimera we continue to chase.

Disclaimer: The views and opinions expressed here are solely those of the author and do not necessarily reflect the views held by Value Research and its employees.

This column appeared in the February 2017 Issue of Wealth Insight.