Is that stock expensive? | Value Research https://www.valueresearchonline.com/stories/33178/is-that-stock-expensive/ The PEG ratio is a better tool than P/E to judge how expensive a stock is

Is that stock expensive? Stocks tend to trade at different valuations. Does it mean that those that trade at low valuations are at a bargain and those that trade at high valuations are in the bubble zone? Maybe. Maybe not. Just by looking at the P/E, you can't really tell if a stock is 'cheap'. A stock trading at a low P/E could be that way because of the dismal prospects of the business. Similarly, a high P/E could also be because of the bright prospects for a stock. 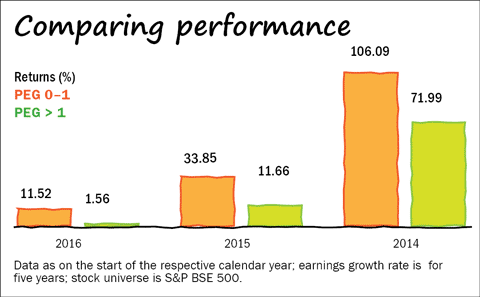 Currently, there are 139 stocks in BSE 500 that are trading in the PEG range of 0-1. This indicates that there are a plethora of opportunities in the broader market. What about large companies? An analysis of large caps (which constitute 70 per cent of the total market cap according to the Value Research criterion) suggests that many of them are currently available at a PEG of less than one. 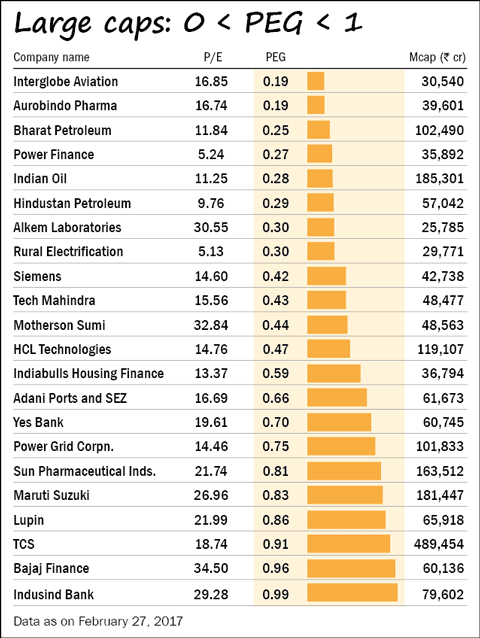