Tax saving that is not actually saving | Value Research https://www.valueresearchonline.com/stories/33173/tax-saving-that-is-not-actually-saving/ The tax savings offered by capital gains bonds are illusory but people keep buying them anyway because they hate paying taxes

Tax saving that is not actually saving 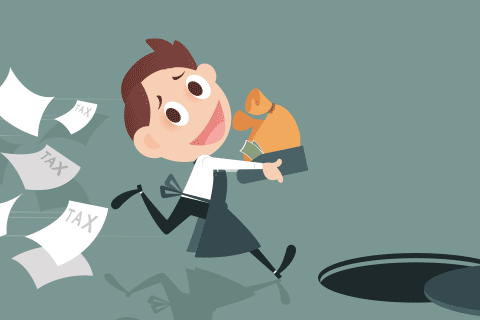 I find it utterly amazing how focussed many people are on not paying tax, even if they actually end up losing money overall by not doing so. I'm not talking of those with black money who lost out during demonetisation, but of those who have legitimate income but will make terrible investment decisions just because it saves them from paying tax.

This was brought home to me as a side-effect of something that has changed in this budget. One of the more obscure and hard to understand measures in the recent budget has been the resetting of the base year of the Cost Inflation Index from 1981 to 2001. Soon after the budget, all the experts stated in the media that this would bring down capital gains tax liability. However, most investors could not figure out how and for what, and there were few publicly available explanations that were easily digestible.

Firstly, the change in base year brings some tax advantage to those who are selling assets (essentially, real estate) purchased between 1981 and 2001. The tax liability is completely unchanged for anything bought before 1981 or after 2001. When you sell such assets, you have to pay tax on the gains you make. The amount of this tax is effectively adjusted for inflation during the time that you held the assets. This is done by adjusting the original purchase price according to the Cost Inflation Index upwards. For assets bought before the starting point of this index (the base year), the purchase price is its 'fair value'. These fair value calculations generally result in a lower tax liability for real estate than cost index based ones. This is especially so if, in the period in question, property prices rose faster than consumer inflation. The thirty years between 1981 and 2001 were, for the most part, such a period.

As expected, this shift brought about a spate of questions and discussions, and Value Research Online got its usual share. Apart from seeking to understand the base year issue, a lot of the questions and discussions sought reassurance that the money realised from sales of assets could still be invested in capital gains bonds. Why are people so interested in capital gains bonds? Obviously, because they save you tax. However, it so happens that even a cursory examination reveals these bonds to be an utterly useless investment. Basically, if you have capital gains from the sale of an asset, you can avoid paying capital gains on it by investing up to Rs 50 lakh in these bonds that are issued by the NHAI and the REC. The bonds are for three years and earn a mere 6 per cent interest, which is itself taxable. Since most investors are in the top tax bracket, they effectively earn 4 per cent from these bonds, which, over three years, is a post-tax opportunity loss of at least 10 per cent compounded, even when compared to a debt fund.

It so happens that if you had paid capital gains tax on the original gains, after allowing for cost inflation, you would either gain a bit, or at the very least, break even with these capital gains bonds. You would also have the money available for deploying in other more useful activities right away, instead of being locked away for three years.

Many of the people who are in this situation understand this and yet buy capital gains bonds. Why? Because it saves tax. This behaviour, as well as various observations during the demonetisation period, has made me come to the conclusion that rich Indians have a pathological hatred of paying taxes, even if it makes no financial sense.

Looking at the above example, it's crystal clear that the capital gains bonds are effectively not tax-free. By paying you a pittance as interest (and then taxing that interest as income), the government is actually taxing you fully, specially when you consider that the bond issuing entities would otherwise have to be funded by the government.

Capital gains bonds are a bad investment. However, people who are otherwise financially smart keep falling for it just because they have a 'tax saving' label on them.