The demonetisation booster | Value Research https://www.valueresearchonline.com/stories/33172/the-demonetisation-booster/ Flush with cash, banks have started cutting interest on loans. This could boost the profits of many corporates

Flush with cash, banks have started cutting interest on loans. This could boost the profits of many corporates 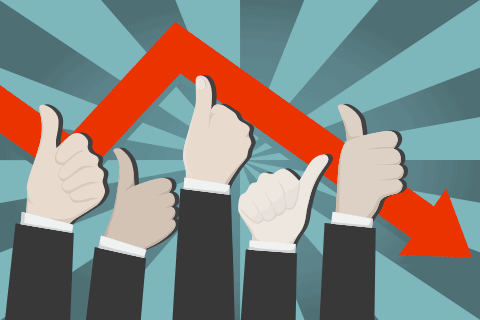 Banks are flush with cash due to the government's demonetisation move. In order to boost lending, they have recently cut their MCLR (marginal-cost-of-funds-based lending rate). In simpler terms, they have reduced the interest rates that they charge on loans. Hence, borrowers are set to benefit.

Among the borrowers, corporates are set to gain more from the rate cut than retail borrowers. This is because much of retail lending is based on the 'base' rate rather than MCLR. On the other hand, much of corporate lending is on the MCLR.

The accompanying table lists those large- and mid-cap companies whose interest-coverage ratios between one and two. These companies have high interest burdens, because of which some of them are loss-making. Lowering of interest outgo could result in these companies showing better profits. The loss-makers could spring back to profits.

For instance, consider DLF. Its operating profit for FY16 was Rs 3,568 crore and it pays a whopping Rs 2,615 crore interest on its debt. This is nearly 60 per cent of its operating income. If the interest cost goes down by 10 per cent, the incremental benefit to the company's profits after taxes could be upwards of as much
as 30 per cent. 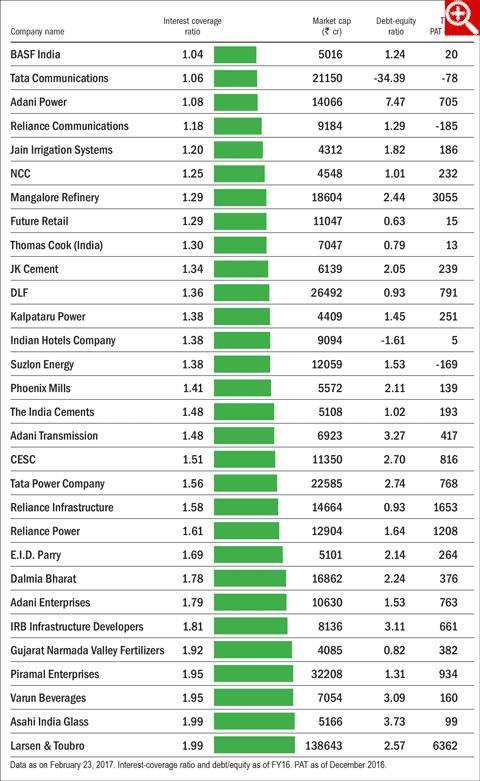 It looks like demonetisation has started to reveal its positive side.