Information is not power | Value Research https://www.valueresearchonline.com/stories/32670/information-is-not-power/ Many of the SEBI's new disclosures seem to confuse rather than help investors choose mutual funds

Information is not power 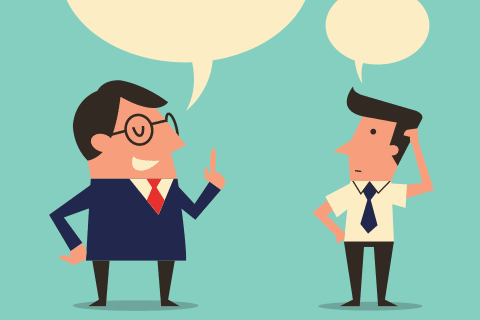 'Knowledge is power' is one of those quotable quotes many of us have learnt during our school days. But when it comes to investing, a lot of information isn't always a good thing. In fact, too much of information can cloud our ability to focus on the relevant facts. And this can paralyse us into indecision.

Many of the new disclosure requirements for mutual funds mandated by the SEBI seem to have this effect.

Absolute commissions
As a mutual fund investor, I've found the month-end consolidated account statement (CAS) from the NSDL to be a fairly useful statement. The CAS allows you, at a glance, to gauge the mark-to-market value of all your equity and mutual fund investments every month and the growth in them over time. It also provides a single-window listing of all your shares, mutual funds and corporate-bond holdings in demat form.

But with effect from this half year (six months ended September 2016), the CAS has two to three additional pages of disclosure. These disclosures detail the absolute amount of commission paid to my mutual fund distributor, with his AMFI registration number. So my latest CAS tells me that during this six-month period, I have been charged commissions ranging anywhere between 19 paise and Rs 4,900 on my different fund investments.

Now, I have tried my best to put this information to some use but to no avail. For one, some of these commissions pertain to SIPs and others to lump sums. So I cannot really conclude from these numbers if investing in one fund is more expensive than investing in another. Nor does the statement help me correlate commissions paid to the value of my holdings in each fund. While the current fund values are the cumulative result of both my investments and NAV gains over many years, the commissions pertain only to the last six months. Nor can I really use this commission disclosure to gauge how different AMCs are rewarding their distributors. The commission amounts pertain to six months but my transactions are available only for one month. In short, trying to make any sense of these absolute commission disclosures is a sheer waste of time.
The short lesson from this is that if you're looking for low-cost funds to invest in, ignore commissions in your CAS and check out the expense ratio of the scheme from its factsheet or the Value Research website. The expense ratio (which includes all the costs of owning the fund, including commission) is the best one-shot disclosure that you can use to decide between scheme A and scheme B, their returns remaining the same. Commissions are irrelevant.

Skin in the game
A second set of new disclosures that has been creating waves is the 'skin in the game' disclosures. In March this year, the SEBI mandated that all fund houses disclose investments by their own personnel in all their schemes. So in their scheme-information document (SID), mutual funds are now required to state the aggregate investments made in the scheme by a) the AMC's board of directors, b) the scheme's own fund manager and c) other key managerial personnel, like the CEO, CIO, etc.

This has led to some interesting-sounding news stories in the media. So we know that, as of March 2016, Prashant Jain of HDFC Mutual Fund has parked Rs 33 crore in HDFC Infrastructure Fund and Rs 21.6 crore in HDFC Prudence Fund. So does this mean that you, as an investor, should also invest in the thematic HDFC Infrastructure Fund rather than the balanced Prudence Fund? Hardly! In fact, if you're a risk-averse investor you must avoid the thematic HDFC Infra fund and go in for HDFC Prudence every time.

We also learn that the fund manager of ICICI Pru Value Discovery had just Rs 5,000 invested in the fund, while the other top honchos of ICICI Pru AMC had invested Rs 3 crore in the scheme. So does that make Value Discovery a bad choice for investors looking for a multi-cap fund? Not by a long chalk, given its good performance record.

We also learn that the absolute amounts that the managers of Parag Parikh Long Term Value Fund and Quantum Long Term Equity Fund have invested in their respective schemes is far lower than the sums parked by biggies in ICICI Prudential or HDFC Mutual Fund. So does this mean that ICICI Pru or HDFC managers have greater confidence in their funds' performance?

That is far from the truth. The amount of 'skin in the game' a fund manager decides to park in schemes managed by him depends mainly on his own personal finances, risk profile and financial position at that point in time. So if Prashant Jain or Sankaran Naren has a higher net worth than Atul Kumar of Quantum, they would probably have parked more in their funds.

In short, apart from making you feel good that your fund's manager is also enjoying the same gains (or suffering the same losses) as you, 'skin in the game' disclosures really shouldn't be your criteria either to buy or sell a fund.

Managerial pay
A third set of disclosures the SEBI would like you to have as a fund investor is whether the AMC is overpaying its top executives. Therefore, at the end of every financial year, AMCs have been required to disclose a) the total remuneration of the CEO, CIO and COO of the AMC, b) all employees of the AMC who have earned over Rs 60 lakh a year or Rs 5 a lakh a month (or more) as their pay package and c) the ratio of CEO remuneration to the median remuneration of the employees.

In mandating these disclosures, the SEBI seems to be keen to establish the same governance framework for AMCs as there is for listed companies. Disclosure of managerial remuneration, pay-gap ratios and the compensation to highly paid employees is mandated by the Companies Act so that the shareholders of listed companies can gauge if the top managers of their companies are taking home unrealistically high compensation. As the pay packages of top executives in a company come directly out of the profits distributable to shareholders, overpaid executives in a company can be a sign of bad governance.

But this yardstick cannot be blindly applied to a mutual fund. There is no reason why I should worry about the financials of the AMC which is running the business. My fund returns depend not on the profits or losses reported by the AMC but on the portfolio performance of the schemes that I have invested in.

Two, while the costs charged to scheme may impact the returns that I take home as an investor, that isn't directly linked to the pay packets of AMC personnel. The costs charged by mutual fund schemes are all contained within the total expense ratio (TER) of the scheme, which in turn is capped by the SEBI at a slab rate based on the scheme's asset size. Therefore, once I know a scheme's TER, there is really little value-add in digging deeper into the TER to know how much an AMC paid its CEO or marketing head.

Nor do comparisons of pay between different AMCs add too much value to my investment decision. Larger AMCs with bigger AUM would obviously pay more to their top managers than smaller AMCs with lower AUMs. One cannot necessarily conclude that better-paid CEOs do a better job of governing or running their funds or that lower-paid ones will stint on their due diligence. In short, this is another bit of information that is high on gossip value but low on investment value.

Overall, there seems to be little point in mutual fund investors combing through the CAS, scanning the SIDs or reading through reams of information on managerial remuneration on AMC websites before making their investment decisions.

When deciding to buy a fund, stick to the good old parameters - the scheme's mandate and whether it suits your risk profile and goals, performance relative to its benchmark and category over a complete market cycle, the fund manager and his track record, the scheme's ability to contain downside in a bad market and, finally, its TER. Everything else can be safely ignored.